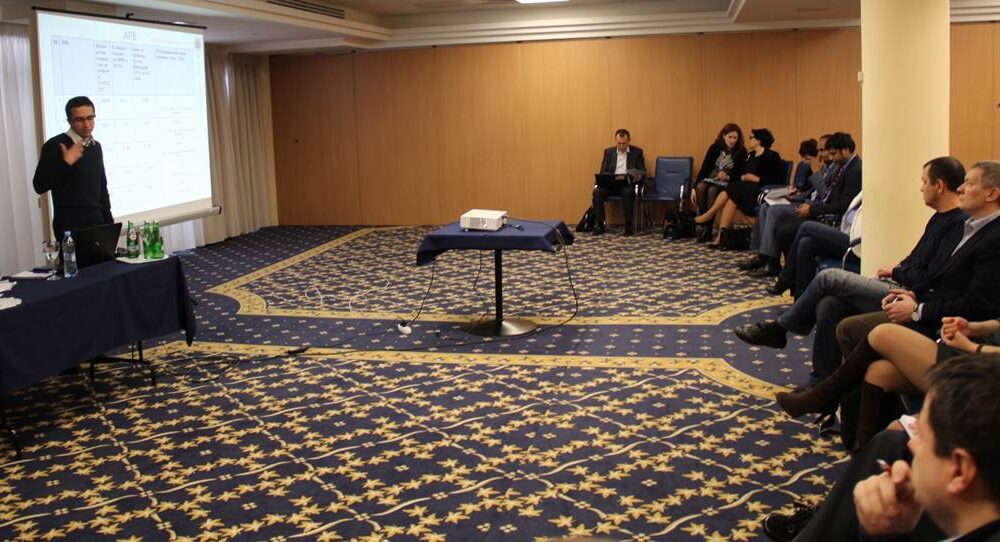 On April 15, 2015, the All-Ukrainian Network of People Living with HIV and AIDS convened a roundtable meeting titled Patent Barriers on Medicines: Potential Opportunities to Overcome the Barriers. The meeting brought together representatives of Indian and Ukrainian generic manufacturers in order to identify opportunities to overcome patent barriers through the use of compulsory licensing, patent oppositions, patent invalidation court actions and patent law reform.
Discussions were led by five presentations, each focusing on a different aspect of the Ukrainian patent system and its implications on access to medicines.
Sergey Kondratyuk, the Head of Advocacy and Legal Support for the All-Ukrainian Network of PLWHA, presented existing methods of overcoming patent barriers, emphasizing that the current system of patent protection is ineffective for securing public health and that compulsory licensing, patent reform and patent oppositions are the most effective methods to overcoming patent barriers. It was demonstrated that, in Ukraine, replacing five key patented antiretroviral medicines with generics (via compulsory licensing) can save nearly 127 million UAH or 8.7 million USD annually.
Mr. Kondratyuk also highlighted the key directions for patent reform in Ukraine, including:
– simplification of compulsory licensing procedures;
– introduction of patent opposition procedure;
– definition of strict criteria’s of medicines patentability (including legislative provision on unpatentability of therapeutic and diagnostic methods, secondary use, minor alteration of form and/or dosage etc.);
– introduction of international exhaustion of patent rights; and
– implementation of limitation provisions such as Bolar exception and experimental use. 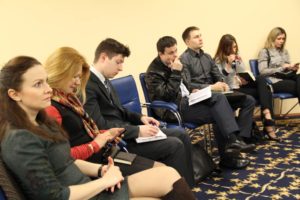 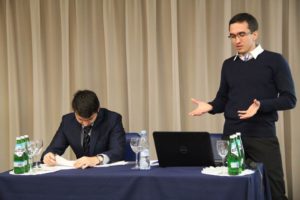 Oksana Kashyntseva, Head of the Center for Harmonization of Human Rights and Intellectual Property Rights and Head of the Industrial Property Department at National Intellectual Property Research Institute, elaborated on the potential directions of patent reform and the impact on access to medicines. She discussed how the Ukrainian legislation allows granting of utility model patents with regard to medicines. However, the patentability requirements for utility model versus invention are different. Considering that utility model may have no inventive step, addition of any new feature ensures its patentability. This legislative provision allows for “evergreening” and limits access to medicines. Ms. Kashyntseva discussed potential legal amendments that should be introduced to the Law of Ukraine on protection of inventions and utility models in order to increase accessibility to medicines.
Anton Lipuhin, former Head of Legal and Informational Department at State Enterprise «State Expert Center of MoH of Ukraine» (Ukrainian DRA), expounded on the mitigation strategies of the data exclusivity regime in Ukraine. Mr. Lipuhin emphasized the importance of TRIPS flexibilities for establishing balance between public and private interests. He proposed the following potential amendments to mitigate the data exclusivity regime in Ukraine:
– introducing a “3+2+1” data exclusivity scheme (3 years data exclusivity, 2 years market exclusivity, and opportunity of prolongation up to 1 year in case new indication is discovered);
– restricting data exclusivity regime only to medicines that have new chemical compound(s);
– adjusting the data exclusivity period to be counted in from the date of first market authorization of medicine anywhere in the world; and
– extending compulsory licensing on the medicines protected by data exclusivity.
Mykyta Trofymenko from the All-Ukrainian Network of PLWHA presented on compulsory licensing and the normative obstacles for this mechanism in Ukraine. He reported on the critical gaps in Compulsory Licensing Regulation. To strengthen the regulations he proposed to:
– harmonize procedure of compulsory license and the Law of Ukraine «On medicines»;
– improve terminology used in Compulsory Licensing Regulation;
– harmonize with the TRIPS Agreement the pre-conditions to the CL request;
– clarify the procedure of voluntary license negotiations;
– simplifying formula for calculation of adequate renumeration; and
– provide a provision on overcoming data exclusivity by the mechanism of compulsory licensing.
The last presenter, Petro Borovyk, managing partner of the patent agency Borovyk & Partners, presented on strategies of patent invalidation actions. He demonstrated practical aspects of forensic expertise in this category of court cases. He also explained the practical steps behind drafting patent and invalidation claims and the grounds for standing before the court.
Following the presentations, representatives from the Ukrainian generic ARV manufacturers stated their willingness to use compulsory licensing – but urged that procedures provided in the Compulsory Licensing Regulation need to be strengthened to address current gaps.
A version of this summary is available in Russian here: http://www.apteka.ua/article/330223