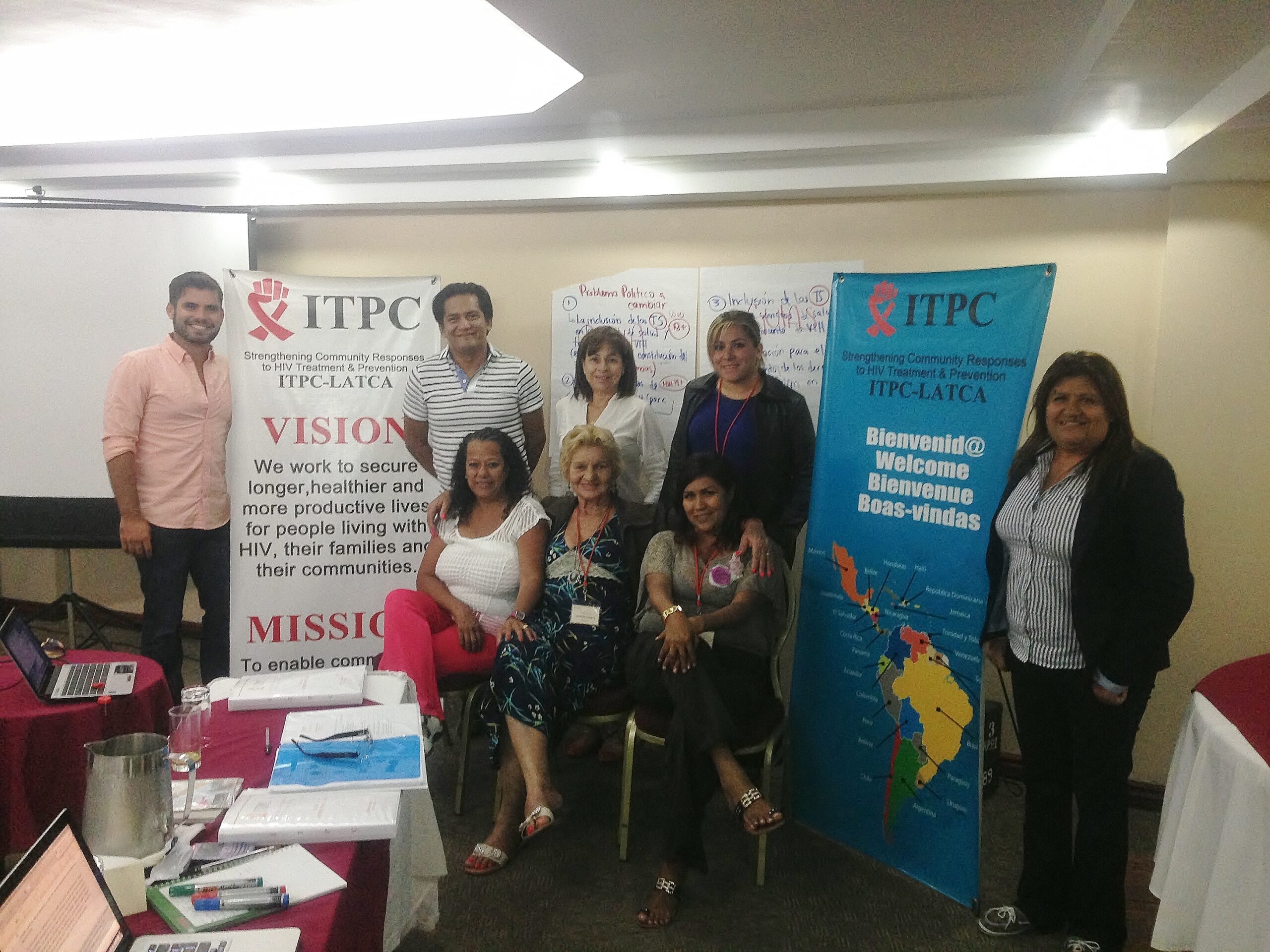 This joint network will strengthen the community HIV treatment access movement in both Latin America and the Caribbean and amplify ITPC’s impact in both regions. This merger comes at a time in the global AIDS response that requires civil society organizations and communities to restructure and synergize efforts and adapt to new constraints, while leading a robust treatment access advocacy response. ITPC looks to ITPC LATCA to effectively mobilize and build on the strength of communities to address treatment access issues in the region
“Working together as an expanded regional network, increases the number of activist groups and individuals we represent, and makes us a more formidable force to reckon with,” explains María Consuelo Raymundo, member of the Regional Advisory Group of the newly formed regional network. According to Carlo Oliveras, Advocacy Coordinator for ITPC LATCA, “Latin America and the Caribbean are at the leading edge of the HIV response, but recent political shifts and rising inequity present a significant threat to the lives of people living with HIV in the region”.
The majority of countries in Latin America and the Caribbean are classified as middle-income countries. This makes these countries ineligible for discounted antiretroviral medicines that governments of low-income countries can purchase through access programs. As a result, in Latin America and in the Caribbean, people living with HIV who are poor face greater barriers to accessing life-saving medicines. This is especially the case in a post-2015 political landscape where Global Fund resources become more limited, and governments of many middle-income countries have to bear the full cost of medicines for their citizens.
Given this context, Alma de Leon, Regional Director of ITPC LATCA explains that, “By combining both Networks, ITPC will be leaner, more flexible and be better able to support the needs of both regions through this unified structure. This will mean that we are able to channel resources directly to communities in Latin America and the Caribbean.” As separate networks, ITPC Caribbean and ITPC Latin America disbursed more than US$ 3 million in grants to community-based organizations to enable them to advocate for more affordable, optimal HIV treatment. This campaign will continue in the years to come as people in the region still face human rights and structural barriers to accessing the treatment they need.
In order to form the strongest network possible, ITPC invited both Regional Networks to nominate representatives to serve for two years on a Regional Advisory Group of ITPC LATCA. This Advisory Group will advise on key treatment access priorities affecting the region. Members are as follows:
• Caribbean Regional Network of People living with HIV (CRN+), Devon Gabourel
• Caribbean Vulnerable Communities Coalition (CVC), John Waters
• Gren AIDS, Kerlin Charles
• Latin American and Caribbean Network of Positive Youth, Martin Nicolas Roldán
• Central American Network of People Living with HIV (REDCA+), Otoniel Ramirez
• The Latin American and Caribbean Female Sex Workers Network (REDTRASEX), María Consuelo Raymundo
• International Secretariat of Indigenous and Afro-descendants People (SIPIA), Willy Morales
LATCA Regional Office
The LATCA Regional Office is in Guatemala City, with Advocacy Coordinator, Carlo Oliveras, based in San Juan, Puerto Rico.
Supporters will hear news about the wider region and communications such as the websites, Facebook pages and supporter mailings will be merged.
For more information, please visit www.itpc-latca.org

About ITPC:
The International Treatment Preparedness Coalition is a global coalition of HIV treatment activists formed in 2003 to respond to the needs of communities worldwide. Structured in nine regions, the global network is driven by individual activists, peer support groups, grassroots networks, community-based organizations, and non-governmental organizations. Each of these entities share our values and vision and come together to address issues around access to treatment issues in their countries, regions and at the global level. The Coalition includes organizations and networks run by key populations – lesbian, gay, bisexual, transgender and intersex people (LGBTI), sex workers and people who use drugs – as well as others marginalized within the current HIV response, such as women, girls and migrants. As a Coalition rooted in the Global South, ITPC established its global office in Botswana in early 2015.