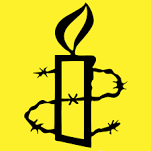 In a letter to Amnesty International, Christine Stegling shows ITPC’s support for a draft policy to decriminalize sex work.
Dear Salil Shetty
Re: Support for your draft policy statement on the decriminalization of sex work
I am writing to you in my capacity as the Executive Director of the International Treatment Preparedness Coalition (ITPC), a global coalition of HIV treatment activists from around the globe. We work in all geographic regions of the world through our eight regional networks and a variety of partnerships.
As a global coalition, ITPC was founded on a strong belief in international solidarity among people living with and affected by HIV. We believe that the fight for HIV treatment remains one of the most significant global health rights issues, with the majority of those requiring treatment still lacking adequate access.
While much progress has been made in terms of people living with HIV accessing anti-retroviral treatment and HIV prevention services, serious disparities remain for many groups. Sex workers are one of the groups that are disproportionately affected by HIV. For example, prevalence for sex workers is 12 times higher than in the population as a whole. There is almost no data showing the percentage of sex workers able to access uninterrupted, quality anti-retroviral therapy but there is evidence that many sex workers face enormous discrimination when it comes to accessing health services. Much of this is related to stigma, discrimination and criminalization of sex work which results in poor documentation of human rights abuses of sex workers and limited action to protect them from such abuses. As HIV treatment activists, we strongly support any measures that support the rights of sex workers so they can fully participate in public life, access services and participate in decisions that affect their lives.
We therefore wish to express our support for Amnesty International’s Resolution and draft policy calling for the decriminalization of sex work, to be tabled for adoption at the International Council Meeting, 6-11th of August 2015.
With warm wishes