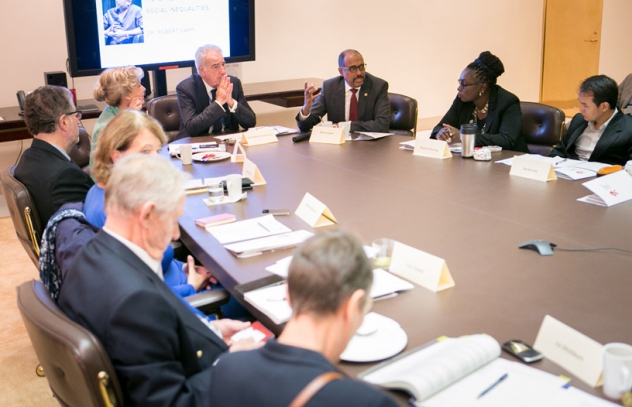 The Robert Carr civil society Network Fund (RCNF) was given a financial boost, and its role acknowledged, at a top level meeting during the 70th session of the UN General Assembly in New York on 29 September. The fund has played a critical role supporting civil society networks to lead the HIV response in their own countries and globally. The meeting acknowledged that the role of civil society will be even more critical in the effort to end AIDS, as part of the new Sustainable Development Goals.
The AIDS Rights Alliance of Southern Africa (ARASA), is a beneficiary of the Fund, and participated in the meeting. Representing ARASA, Felicita Hikuam, presented  work carried out in partnership with the International Treatment Preparedness Coalition (ITPC) as part of two significant projects delivered with support from RCNF.
“By working at the regional level we strengthen the capacity of community-based grass roots groups to implement services, to monitor targets, and identify gaps and advocate to address those gaps,” said Ms Hikuam, of the AIDS Rights Alliance of Southern Africa.” Read more here.