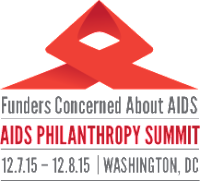 The session entitled, ‘Investing in Communities: Linking Demand with Intellectual Property Literacy and Advocacy for Sustained HIV Treatment Access’, will take place on 7 December in Washington.
The Summit is organized by Funders Concerned about AIDS and the Panel Discussion is led by ITPC. See the concept behind the session below, and do register here.

Panel Discussion on Access to Treatment and Intellectual Property Barriers

The history of the HIV movement has shown that generic competition is the most effective way to reach affordable prices of HIV treatment. The cost of a first-line antiretroviral (ARV) regimen dropped from US$10,000 to less than US$100 per person per year due to the absence of legal and intellectual property (IP) barriers in the early 2000’s and in some cases to the effective use the Trade-Related Aspects of Intellectual Property Rights (TRIPS) flexibilities, such as patent oppositions and compulsory licenses. Civil society’s role has been instrumental in establishing and sustaining treatment demand by catalyzing national treatment programs, determining priority medicines, and systematically addressing market barriers to sustainable HIV treatment access.
In the post-TRIPS era, IP protections on medicines are implemented in the majority of developing countries. Patents are now granted on recently developed ARVs, including in India, and price decreases previously observed for first-line ARVs is unlikely to happen automatically. In addition, the majority of second- and third-line ARVs remain expensive and out of reach in many countries and where such drugs are available, their sheer cost contribute such heavy burden on national treatment budgets.
This panel discussion organized by ITPC, in presence of key activists at the forefront of the fight for access to medicines in developing countries, seeks to highlight the changes in the intellectual property framework globally and in Low and Middle income-countries, and explore the role of funders in supporting civil society work on intellectual property and access to medicines.
Moderator: Nadia Rafif (MSM-GF, USA)
Panelists: Othoman Mellouk (ITPC, Morocco), Sergiy Kondratyuk (All Ukranian Network of People living with HIV, Ukraine), Alma De Leon (ITPC-LATCA, Guatemala)