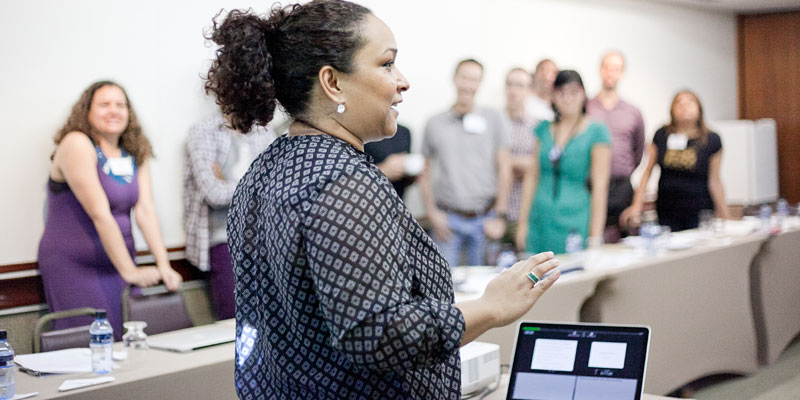 We are happy to announce that Solange Baptiste has been appointed as the new Executive Director of the International Treatment Preparedness Coalition (ITPC). ITPC’s former Global Programs and Advocacy Director brings over 12 years of community treatment activism, global health and HIV program management to her new role.
“Solange is a passionate, brilliant and inspiring leader, with a long time commitment to the struggle for access to treatment and social justice,” explains Gregg Gonsalves, Chair of ITPC’s Global Advisory Board. “With her deep experience of ITPC, Solange is perfectly positioned to lead the organization through the next phase of its growth. I have never heard the board so enthusiastic as they were when we decided to appoint Solange as Executive Director.”
Anybody familiar with ITPC over the last few years will recognize Baptiste as the dynamic force behind ITPC’s global programs. Since 2008, Baptiste has worked energetically and tirelessly with ITPC’s regional networks and partners to deliver our mission to enable people in need, to access optimal and affordable HIV treatment. Baptiste has worked in many countries affected by the HIV epidemic, including her native Trinidad.
On her recent appointment Baptiste said, “Despite breakthroughs in HIV treatment and science, the mission of ITPC is more relevant today than ever before. Millions of people still do not have access to AIDS treatment, and for those on treatment we need to ensure its quality and effectiveness for the long term – we still have a lot of work to do! I am honored to lead ITPC, and to work with our global community of HIV treatment activists to ensure that good health and long lives aren’t a privilege for the few who can afford it, but a right for all.”
ENDS 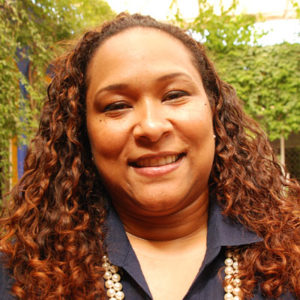 Solange has worked with ITPC since 2008, when she was hired to manage a small grant-making program called the HIV Collaborative Fund. She streamlined processes and improved program design to maximize impact on the lives of people living with HIV. Over the past seven years, Solange played several roles including, Program Manager and Director of Global Programs and Advocacy, in which she provided technical expertise and support in monitoring and evaluation, treatment access knowledge building, health financing, accountability projects, global advocacy and small grants.
During her international public health career, she successfully mobilized resources and managed multi-million dollar grants. Previously Solange worked at John Snow Inc. in Boston, Massachusetts mainly on USAID health and development projects across Africa and Asia, allowing her to gain a depth of knowledge in maternal and infant health issues, particularly in Ukraine.
Solange is constantly inspired by the power of communities across the world to mobilize and improve their own lives. As an activist, she is compelled to act against injustice and believes in the power of education, and the importance of evidence-informed advocacy to bring about change.
Solange has a Master’s degree in Population and International Health from the Harvard School of Public Health and a Bachelor’s of Science in Biology, from Tuskegee University. She has worked in several countries, including Pakistan, Ukraine, Tanzania, South Africa, and Trinidad.
When not at work you will find Solange making play-doh cupcakes with her 3-year-old daughter, watching the Walking Dead and Downton Abbey or making her famous Trinidadian curried chicken for family and friends!

International Treatment Preparedness Coalition (ITPC) is a global coalition of HIV treatment activists formed in 2003 to respond to the needs of communities worldwide. Structured in eight regions, the global network is driven by individual activists, peer support groups, grassroots networks, community-based organizations, and non-governmental organizations.
Each of regions share our values and vision and come together to address issues around access to treatment issues in their countries, regions and at the global level. The Coalition includes organizations and networks run by key populations – lesbian, gay, bisexual, transgender and intersex people, sex workers and people who use drugs – as well as others marginalized within the current HIV response, such as women, girls and migrants. As a Coalition rooted in the Global South, ITPC established its global office in Botswana in early 2015, and opened its new office there in March 2016.
For more information, please visit: www.itpcglobal.org. For interviews contact: Strategic Communications Lead, Julia Powell jpowell@itpcglobal.com skype: juliapowell.uk