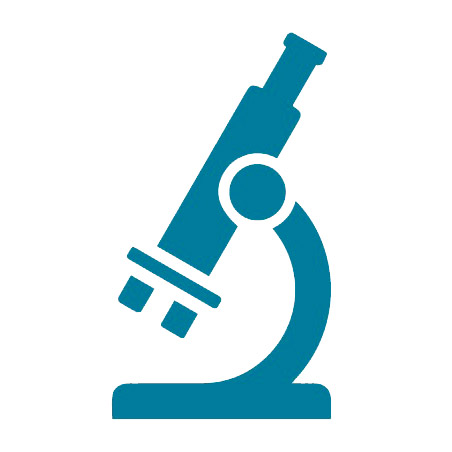 ‘Will you support patient-centered research and development?’ asks 18 Civil Society Organizations in an Open Letter to the World Health Organization Director General Candidates.
18 civil society organisations working in public health and access to medicines have today published an open letter in the medical journal Lancet Global Health, calling on the 6 candidates for Director-General of the World Health Organization to set out plans to take forward work on implementing the WHO Global Strategy and Plan of Action on Public Health, Innovation and Intellectual Property. The letter invites candidates to outline their plans to facilitate discussion by the Member States of an ‘R&D agreement’ to foster a new system of R&D that is equitable and patient-centered.
The letter points to the lack of new, effective antibiotics, or tuberculosis treatments, and the unaffordable prices of newer cancer and viral hepatitis treatments, as evidence of the failure of the current system of drug development to meet the needs of patients globally.
Two major reports, released in the past three months, have strongly supported the need for a new system of pharmaceutical R&D: first, the report of the United Nations Secretary General’s High-Level Panel on Access to Medicines (UNHLP), and second, the report of the Lancet Commission on Essential Medicines Policies. The UN Secretary-General recently issued a statement urging all stakeholders to take action on the UNHLP report. Countries have the opportunity to move a step closer to this Agreement in the WHO Executive Board meeting at the end of January by supporting a WHO meeting to move forward with the UNHLP report’s recommendations, including starting negotiations of an R&D Agreement.
Thirukumaran Balasubramaniam, Geneva Representative of Knowledge Ecology International (KEI), said:
“Under the current R&D system, patients are held hostage by high drug prices – with often lethal consequences. As noted by the UN Secretary-General Ban Ki-moon, “no one should suffer because they cannot afford medicines, diagnostics, medical devices or vaccines.” Today, eighteen public health groups have laid down the gauntlet. The six Director General candidates must demonstrate their vision to provide leadership to global health and foreign policy negotiations on a binding R&D agreement, predicated upon the principle of delinkage – the decoupling of the costs of R&D from the price of health technologies.”
Solange Baptiste, Executive Director of the International Treatment Preparedness Coalition, said:
“The WHO, in its capacity as an observer on the TRIPS Council, made several interventions on issues regarding intellectual property barriers and access to medicines between 2002 and 2009. During this period, WHO provided significant technical assistance to countries to develop or review their intellectual property laws. In recent years, it is not clear if this work has continued. Instead, WHO has adopted a “neutral vision”, disengaged from its mandate to protect health. It remains to see in the future if the Organization will view the work and support of countries to implement public health safeguards and flexibilities as an opportunity rather than a problem to avoid.”
Brian Citro, Associate Director of the International Human Rights Clinic at the University of Chicago Law School, said:
“The WHO holds a unique position in the arena of global health. Historically, it is the first organization to recognize the right to health as a fundamental right of all people in its Constitution of 1946. In order to fulfill this promise, the WHO must develop clear and immediate plans to promote more equitable access to and development of medicines, diagnostics and other health technologies, in line with the new report of the UN High-Level Panel on Access to Medicines. We believe this represents both a challenge and a tremendous opportunity for the new Director-General.”
Mark Harrington, Executive Director of Treatment Action Group, said:
“Political will to support research and ensure access to its benefits is fundamental. Investment in R&D and more affordable drug pricing were two pivotal components of reversing the global HIV-AIDS epidemic. But those were earned at too dear of a cost, and are still not available for most diseases. The current system of developing and paying for innovations is failing the majority of the people around the world affected by tuberculosis, hepatitis C, cancer, and myriad other preventable and treatable health conditions. We need a better system, and a commitment from global health leadership to create one now.”
The signatories to the open letter include:
Canadian HIV/AIDS Legal Network
European Public Health Alliance
Health GAP
International Human Rights Clinic, University of Chicago Law School
International Treatment Preparedness Coalition
Knowledge Ecology International
Médecins du Monde
Positive Malaysian Treatment Access & Advocacy Group
Public Citizen
STOPAIDS
Treatment Action Campaign
Treatment Action Group
Union for Affordable Cancer Treatment
Universities Allied for Essential Medicines
Young Professionals Chronic Disease Network
Alianza LAC – Global por el Acceso a Medicamentos
Misión Salud
European AIDS Treatment Group
Diarmaid McDonald, Just Treatment, UK
Dr John H Amuasi, Executive Director, African Research Network for Neglected Tropical Diseases