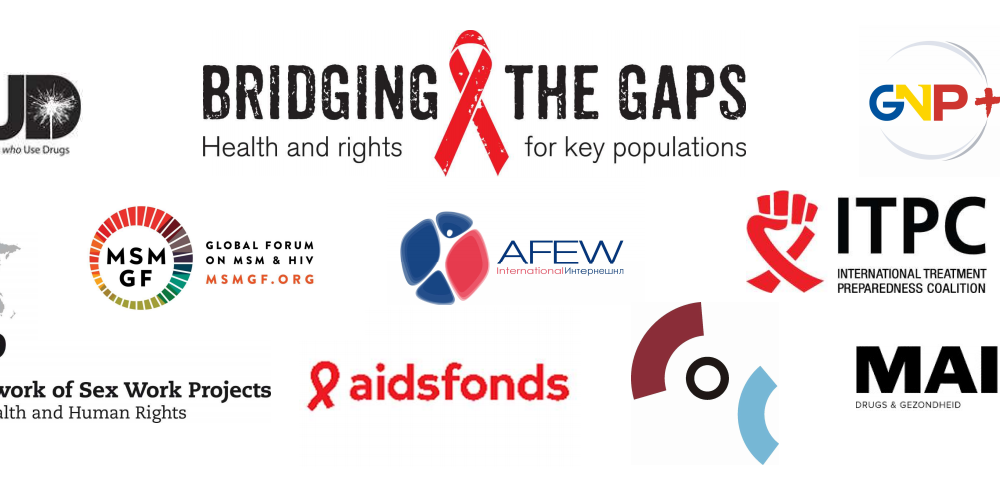 Statement from attributed members of the Bridging the Gaps Alliance following the conclusion of the 25th Harm Reduction International Conference in Montréal.

In an era of rising populism and heightened political repression around the world, communities most affected by HIV, including people who use drugs, sex workers, and LGBT people, with specific concern for transgender people, gay men and other men who have sex with men; are experiencing an escalation in state sanctioned violence fuelled by pervasive stigma and discrimination against people who use drugs, and divisive rhetoric about law, order and public health.
Since the 30th of June 2016, more than 7000 extrajudicial killings of people who use drugs have taken place under Duterte’s brutal drug war in the Philippines in an unconscionable spectacle of intimidation, humiliation and violence. Similarly in Indonesia, alarmist rhetoric has led to the lifting of the moratorium on the death penalty for drug offences, in direct contravention of international law. Further, in recent months, thousands of foreign-born people who use drugs have been detained and deported in the U.S.; and people who use drugs are experiencing high levels of intimidation, torture and arrest in Cambodia as well as in Tanzania. These are a few of the many recent examples of state sanctioned campaigns against people who use drugs that have deleteriously impacted their health, safety, wellbeing and families.
The purported public health and safety justifications for anti-drug campaigns are always political. Violent and ideological leaders have, for decades, scapegoated, politicized and devalued the lives of people who use drugs to increase their own popularity. By contrast, time and again, public health, law enforcement and legal experts have demonstrated that decriminalisation actually alleviates the health and safety concerns of drug use and trade in our communities.
The criminalisation of people who use drugs infringes on our fundamental rights to health, family life, privacy and dignity as well as our fundamental rights to be free from torture and discrimination. The underlying rationale and effects of the war on drugs include the following:
Compromise in the rule of law: Repressive, punitive approaches to drug use have never been shown to protect the health and human rights of the community, instead they drive attendant human rights violations, up to and including those constituting crimes against humanity. In reality, the ‘wars on drugs’ has often set the stage for corruption and a weakening of the rule of law.
Populist smokescreen: Justified by spurious data and alarmist rhetoric, which includes framing drugs and drug use as “nationalist security threat”, the war on drugs is invariably associated with populist politics, designed to shield political weaknesses and draw attention away from issues such as poverty, corruption and environmental crises.
Wars against the marginalized: The war on drugs is primarily waged against disenfranchised people who have limited access to economic resources and social and political capital, which further threaten equality and justice, and the inherent dignity of all.
Punitive approaches to drug use are seriously misguided, ethically moribund and a clear indicator of weak governance that needs to be challenged by people who use drugs, and their allies. People who use drugs, sex workers, gay men and other men who have sex with men, transgender people and networks of people living with HIV need to work together to build humane, effective and supportive responses to drug use rather than revert back to retrograde, inhumane and destructive responses. As such, we recognize that we are at a pivotal moment in our work to stop the campaign of harassment, intimidation, imprisonment, violence and murder of people who use drugs and call on civil society to pressure all nations to adopt the following:

The Bridging the Gaps is an alliance of five Dutch NGOs, four global key population networks and more than 70 grassroots organizations bringing together a wealth of international expertise on key populations. We are community driven and apply rights-based and evidence informed approaches to HIV and key populations.