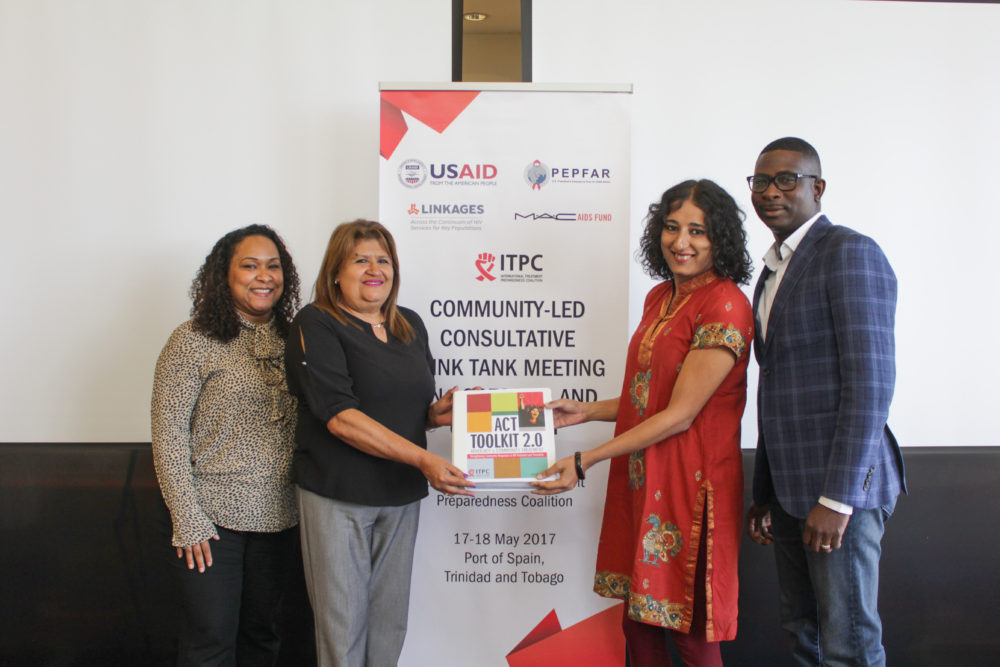 PORT OF SPAIN, Trinidad and Tobago—A new once-daily pill to prevent the spread of human immunodeficiency virus, or HIV, is capturing the attention of communities affected by the virus.The daily antiretroviral pill interferes with the earliest stages of the virus’ life cycle and stops its ability to replicate. The pill is part of a new HIV prevention
The daily antiretroviral pill interferes with the earliest stages of the virus’ life cycle and stops its ability to replicate. The pill is part of a new HIV prevention programme known as pre-exposure prophylaxis, or PrEP. People who are HIV-negative but are at high risk of infection are now using PrEP as a preventive measure.
PrEP was at the top of the agenda when dozens of delegates representing affected groups from around the world held talks recently in Port of Spain. More than 45 participants from 20 different countries representing civil society, governments, and technical expert groups met to develop strategies to implement PrEP across their communities.
“This was the first time that people from different communities from across the globe sat together in one room to discuss how to demand PrEP on their own terms,” said Solange Baptiste, executive director of the International Treatment Preparedness Coalition (ITPC), the global HIV treatment organization that hosted the two-day conference.
“In PrEP meetings held previously in Asia and Africa, the focus was strictly on one community. But this Port of Spain meeting brought together an array of voices from across all affected populations and those vulnerable to HIV, to share perspectives and learn from each other. That diversity is critical to success. We have to ensure that the rich context of each group is understood and reflected in the global fight to end AIDS,” she said.
“HIV is everybody’s business, we are all affected. But everyone is affected in different ways,” said Alma de León, Regional Director for ITPC in Latin America and Caribbean.
The rollout of PrEP would have to be “highly context-specific”, as success in one context is no guarantee of success under different conditions, she explained.
“What we have learned in this meeting is that what works in India may not work in Trinidad and more importantly, what works in the north of India may not work in the south. So any rollout plan must be context-specific, informed by evidence, community-led and people-centered,” she said.
On the heels of the Port of Spain meeting, ITPC will develop a global policy brief and activist toolkit to help communities better understand important issues around PrEP.
“We need tools in our hands that are relevant and appropriate. I am looking forward to working with ITPC to develop something I know young people will actually use!” said Panama community HIV activist Jaime Luna.
Using the toolkit, ITPC will also conduct hands-on treatment education training in select countries in Asia, Africa, and the Caribbean.
The ITPC initiative is supported by the U.S. President’s Emergency Plan for AIDS Relief (PEPFAR) through the U.S. Agency for International Development’s (USAID) project Linkages across the Continuum of HIV Services for Key Populations Affected by HIV (LINKAGES), and the M•A•C AIDS Fund.
A copy of this press release (PDF) is available here.

About ITPC
The International Treatment Preparedness Coalition (ITPC) is a worldwide coalition of people living with HIV and community advocates working to achieve universal access to optimal HIV treatment of those in need. Formed in 2003 by a group of 125 HIV activists from 65 countries at a meeting in Cape Town, South Africa, ITPC actively advocates for treatment access in eight regions across the globe. ITPC believes that the fight for HIV treatment remains one of the most significant global social justice issues.

About LINKAGES
The Linkages across the Continuum of HIV Services for Key Populations Affected by HIV (LINKAGES) is a five-year cooperative agreement funded by the U.S. President’s Emergency Plan for AIDS Relief (PEPFAR), through the U.S. Agency for International Development (USAID). LINKAGES is the largest global project dedicated to key populations. The project is led by FHI 360 in partnership with IntraHealth International, Pact, and the University of North Carolina at Chapel Hill. LINKAGES works to accelerate the ability of governments, organizations, and private-sector providers to plan and implement services that reduce HIV transmission among key populations.