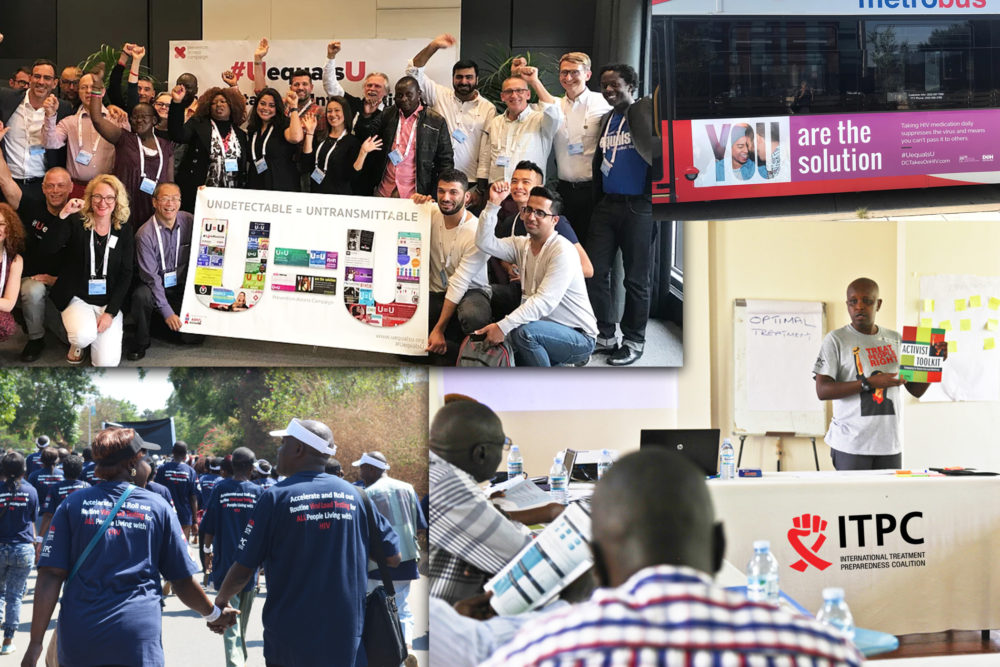 * * *
A copy of this press release (PDF) is available here.
Note: An undetectable viral load is typically under 40 copies/ml depending on the diagnostic tests. However, studies show a person living with HIV on antiretroviral therapy (ART) with a viral load of 200 copies/ml or less also cannot sexually transmit HIV. This is called being “virally suppressed.” For the purposes of the U=U campaign and any Prevention Access Campaign materials, the term “undetectable” is used synonymously with the term “virally suppressed,” meaning a person living with HIV with a viral load of 200 copies/ml or less cannot transmit HIV.
About ITPC Global
The International Treatment Preparedness Coalition (ITPC) is a worldwide coalition of people living with HIV and community advocates working to achieve universal access to optimal HIV treatment of those in need. Formed in 2003 by a group of 125 HIV activists from 65 countries at a meeting in Cape Town, South Africa, ITPC actively advocates for treatment access in eight regions across the globe. ITPC believes that the fight for HIV treatment remains one of the most significant global social justice issues. For more information about ITPC, please visit www.itpcglobal.com.
About the Prevention Access Campaign
The Prevention Access Campaign’s Undetectable = Untransmittable (U=U) campaign is an international community of HIV advocates, activists, researchers, and over 450 community partners from more than 65 countries uniting to disseminate the scientifically supported message that people living with HIV who are on effective antiretroviral therapy with an undetectable viral load do not sexually transmit HIV.  For more information about the Prevention Access Campaign, please visit www.preventionaccess.org.
For more information
Please contact Trisa Taro, ITPC Program Impact Manager (ttaro@itpcglobal.com).