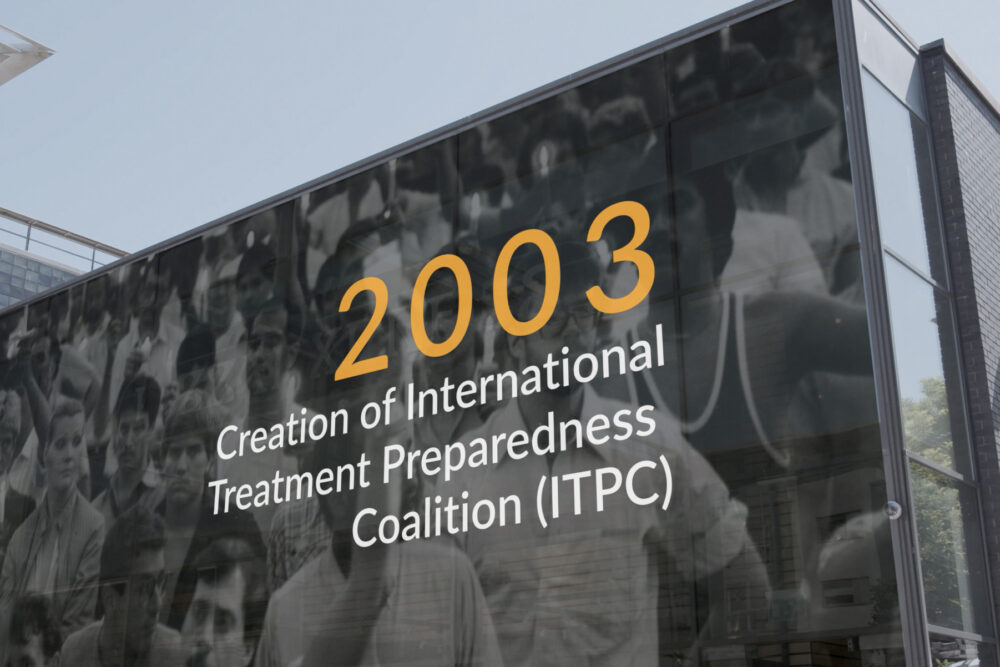 ITPC was born in 2003 when a group of 125 treatment activists from around the world, including 65 countries of the Global South, gathered in Cape Town, South Africa to demand a rapid and community-driven increase in access to HIV treatment for the millions in need. The goal of the four-day meeting was to identify ways to strengthen regional treatment education and advocacy efforts to pave the way for the realization of then-newly introduced “3 by 5” Initiative. Fifteen years later, ITPC continues to believe that investing in communities is vital to expand access to quality HIV treatment globally.
Investing in communities and strengthening their capacity to demand, monitor, and work with others is more relevant than ever in the face of today’s challenges. In 2015, there were 2.1 million new HIV infections worldwide, adding up to a total of 36.7 million people living with HIV. Approximately 54% of them are in need of treatment, and many do not know their HIV status. Stigma and human rights violations prevent people living with HIV from accessing quality healthcare. The treatment coverage gap is as high as 83% in the Middle East and North Africa, 79% in Eastern Europe and Central Asia, 59% in Asia and the Pacific and 72% in West and Central Africa.
Despite real progress, several countries and communities still lack access to optimal treatment, due to social and economic barriers among other reasons. The implementation of the 2013 WHO Guidelines has not been simple, and we are a long way from UNAIDS 90-90-90 objectives if current trends persist.
In 2018, ITPC will be celebrating the 15-year anniversary of the International Treatment Preparedness Summit (ITPS). On this anniversary, we want to seize this moment – both to recognize how far we have come and – most importantly – to create a vision for the work still left to do in the HIV movement.
Our new video “Join the Fight” does just that – reminding us of the some of our biggest milestones and sharing the reflections of some of the movement’s fiercest activists.
CREDITS
Executive Producer
Trisa Taro
Director/Producer
Timothy Webster
Researcher
Aiyana Gane
Graphic Designer
Logan Olausen
Assistant Editor
Fin Kinsella
Archive
The Media Hysteria of Aids (Barbara Hammer)
Stiff Sheets (John C Goss)
The Aids Epidemic (John Greyson)