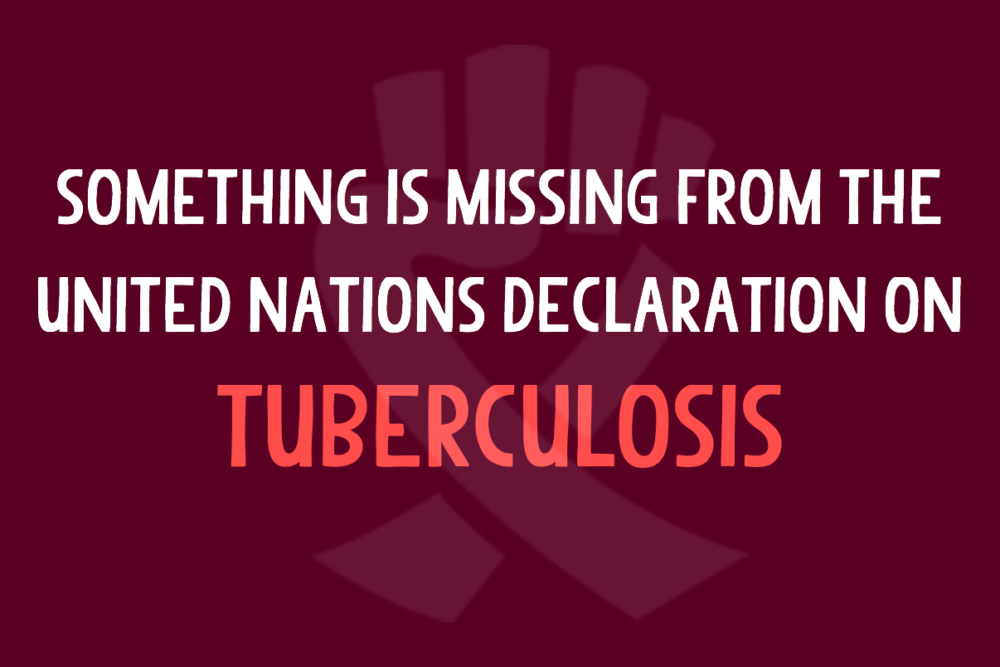 (New York) — Today, UN Member States will come together at the UN Headquarters in New York City for the first “High Level Meeting” on TB, where countries will ratify a political declaration on tuberculosis (TB). Despite pressure, and securing several concrete pledges on expanding service delivery, the declaration falls short in its response to the leading infectious killer worldwide and the leading cause of death for people with HIV around the world. In order to have a meaningful impact on the TB epidemic, finally confront an infectious disease killing 4,500 people per day, and get serious about ending TB as a global epidemic, here is what the political declaration should have said: