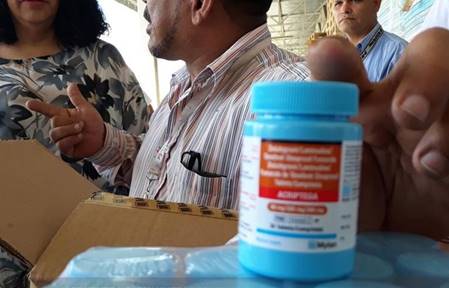 On 15 February 2019, police stormed the offices of Fundación Mavid, a community-based HIV organization in Venezuela, where they detained three activists and confiscated donations that included HIV treatment, infant formula and other essential medicines.

“We are scared for the safety of our activists and call upon the global community to help us – not just us, but the people of Venezuela living with HIV” says Alberto Nieves, Executive Director of Acción Ciudadana Contra el SIDA (ACCSI).

ITPC is outraged by this news. We condemn the actions of the police, which have personally endangered AIDS activists people living with HIV, who rely on them for vital services, including access to life-saving HIV treatment. ITPC joins GNP+ and others to urge the international community including UN Member States, the leadership of UNAIDS, the United Nations Development Program, UNICEF, UNHCR, the World Health Organization and the Pan American Health Organization to call on the Venezuelan government to ensure the safety of these human rights defenders and other citizens of Venezuela.

For more information on supporting the ongoing effort to get medicines and emergency relief to people living with HIV in Venezuela, ICASO at icaso@icaso.org.

Help spread the word! Share the official press releases from ICASO (available in both English and Spanish) and Red Venezolana de Gente (English).