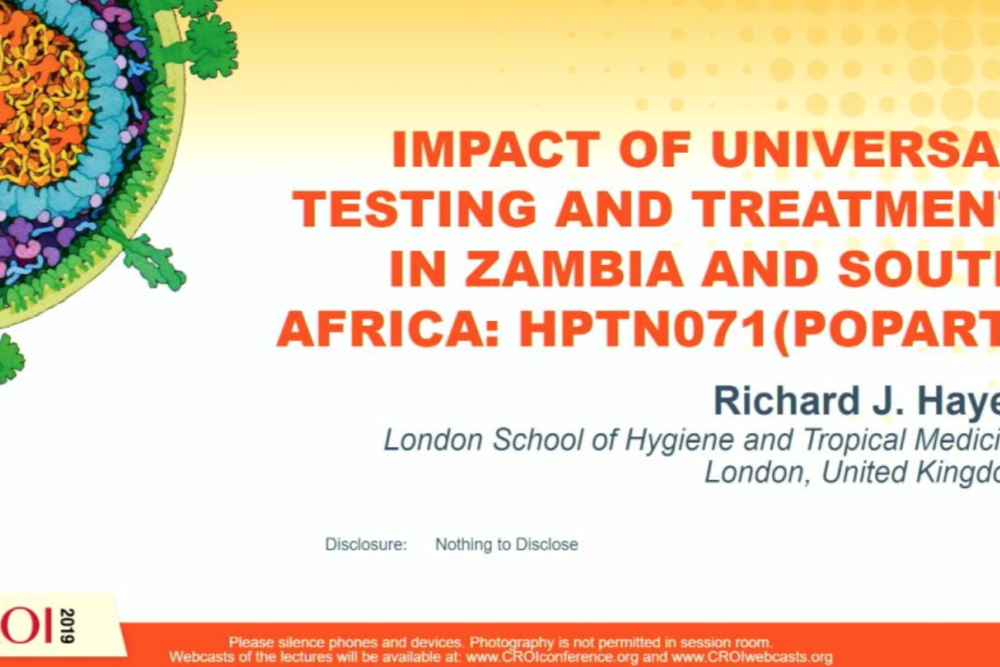 The largest study of its kind, conducted in 21 communities in South Africa and Zambia, HPTN 071 examined the impact of a package of HIV prevention interventions on community-level HIV incidence. The prevention interventions included universal voluntary HIV counseling and testing provided at household level, linkage of people living with HIV to care and early initiation of ART.

The results showed a 30% decline in new HIV infections where HIV prevention was provided – including home-based HIV counseling and testing, as well as referral to HIV care and treatment for people testing positive for HIV according to country guidelines.

Why is this important? “The results of HPTN 071 are substantial and help reinforce what civil society has been saying all along: community-based approaches for prevention, testing, and linkage to care work! We will continue to push back against the misguided belief that ‘community-based’ means ‘less than,’ when in reality, community-based services and community-led responses have a significant impact. We hope now that donors will increase their investments,” says Solange Baptiste, ITPC Executive Director.

ITPC Treatment Education Co-lead Bactrin Killingo, who has been following PopART since its inception, adds, “We applaud all those involved in executing this study. The evidence is clear. Services must be delivered where people are, instead of waiting for them to come to clinics. Community-based services work – and they are paving the way towards ending the epidemic!”

Learn more about the HPTN 071 study and results here: