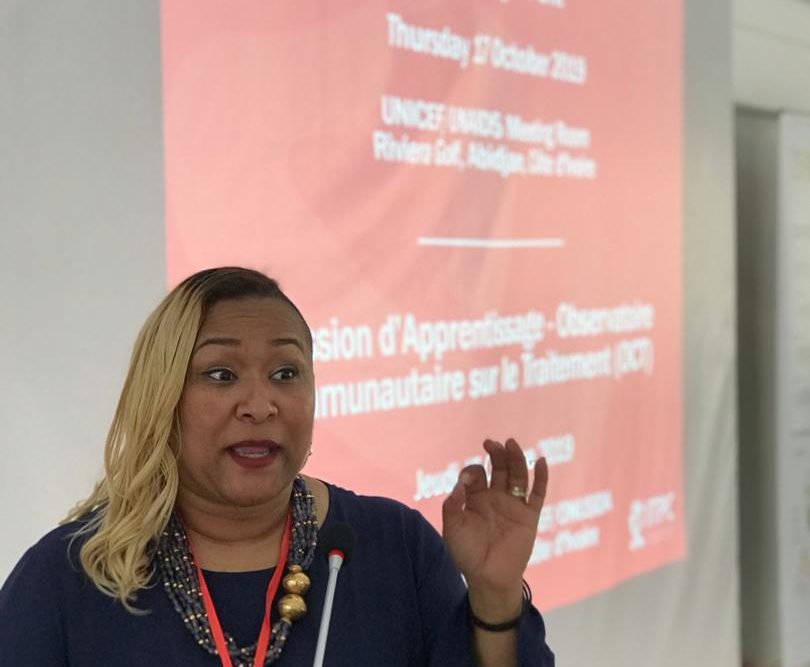 The International Treatment Preparedness Coalition (ITPC) has taken another important step toward placing communities of people living with HIV at the centre of the global response to the epidemic. An international conference hosted by ITPC over two days brought together more than 100 delegates from across West Africa and around the world for joint talks on a community-led approach to improving healthcare delivery and HIV treatment.

The main goal was to create a forum for participants representing a broad spectrum of stakeholders—including public healthcare officials, community activists, academic researchers and delegates of networks of people living with HIV—to come together in one space and trade perspectives, present findings and share lessons learned in the process of collaboratively implementing a regional Community Treatment Observatory for the region of West Africa over the last three years.

A Community Treatment Observatory, or CTO, is an innovation born of sheer necessity. In 2014, activists flagged the issue of persistent unavailability of antiretroviral drugs in West Africa and took pen to paper to capture when and which medicines were missing from their clinics. For two years, a team worked on translating that ad hoc alert system into a comprehensive community monitoring model.

“Today we have a well-designed model that moves from treatment education to evidence collection, right into targeted action and wide stakeholder engagement for the co-creation of solutions,” Alain Manouan, Director of the ITPC regional CTO project, said.

Over the last three years, community-led monitoring and data collection have emerged as significant developments in the global landscape of HIV treatment.

“Activism is as much about people marching in the streets as it is about the effective use of data collected by communities to improve service delivery. This level of rigor is often reserved for academics but with this model, we have proven what the community can do and dispelled the notion that what communities produce is somehow substandard and less valuable than other stakeholders in the HIV response,” Solange Baptiste, Executive Director of ITPC Global, said.

Coordinators of ITPC regional networks in Asia, Europe, Latin America and the Caribbean have already adapted the model and are taking the lessons from West Africa to improve treatment access in their countries.

“What started as a regional project in West Africa has already been adapted to work in India. The CTO is now a model for community-based monitoring anywhere in the world,” Loon Gangte, Regional Coordinator of ITPC South Asia, said.

The model, process and advocacy wins have been captured in a recent ITPC publication, titled Data for a Difference, which was featured in the September 2019 peer-reviewed academic publication of the Center for Social Science Research at the University of Cape Town. The success of the CTO model is due in large part to the high level of effort and expertise contributed by networks of people living with HIV.

“CTOs work because the communities are at the centre of every action. Communities are defining the indicators and monitoring the trends. Communities are determining the research parameters and leading the science. They are the ones taking the actions, coming up with the solutions, conducting the advocacy and partnering with stakeholders to bring about change,” Gregg Vergus, Coordinator of ITPC Russia, explained.

The CTO Learning Event was designed to challenge participants to think about how the lessons learned from this regional project can be applied at the local, national, regional and global levels and also to other diseases and issues.

“The CTO is not just a model for community-monitoring in HIV service delivery but it can be applied to other issues as well, like budget tracking, police brutality and electoral corruption,” Alma De León, Regional Director, ITPC Latin America and the Caribbean, said.

“Three years ago, we set out to prove that CTOs work. And we’ve done that. The success of the project in West Africa has led to its establishment in Southern Africa. Now, we’ve set out to scale up the operations of the project and to expand it globally to other regions, like here in the Middle East and North Africa. There is still much more work to do,” Alim El Gaddari, Director of ITPC Middle East and North Africa, said.