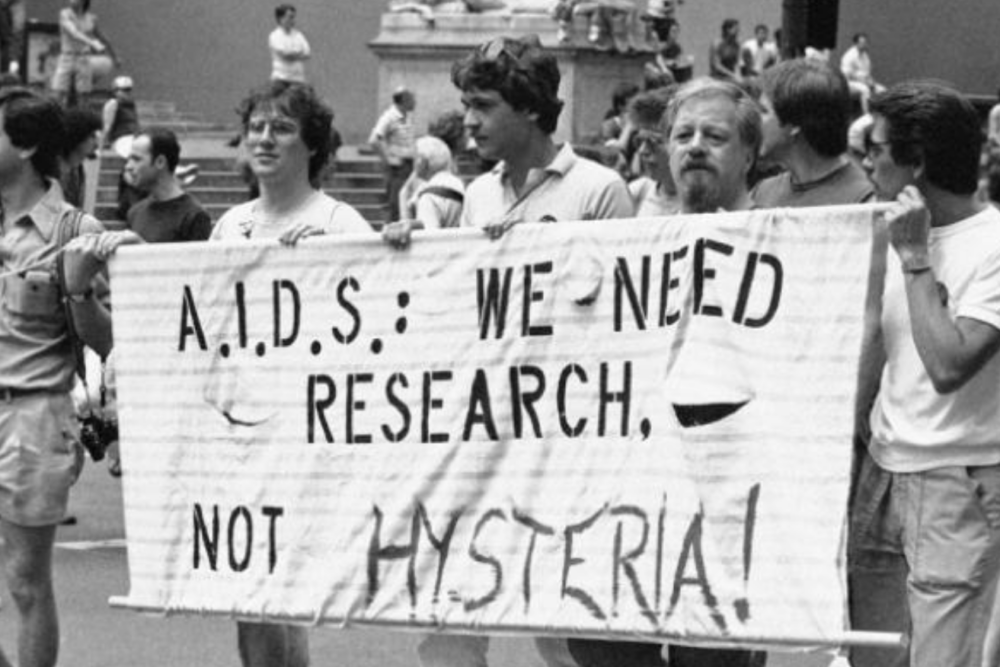 This World AIDS Day (1 December 2020) Othoman Mellouk, ITPC’s Make Medicines Affordable campaign lead reflects on the long history between HIV activists and the pharmaceutical industry, and how the movement is vital to the COVID-19 response.

As a treatment activist I’ve lost colleagues and friends, either because treatment didn’t exist, or worse, that life-saving drugs did exist but weren’t available to them. So the announcement of potential COVID-19 vaccines – to feel we could be getting closer to a position where suffering and deaths could be reduced – is cause for optimism.

When HIV was discovered it took seven years before the first drug was approved by the U.S. Food and Drug Administration (FDA) – fighting for faster access was a matter of life or death. To have a COVID-19 vaccine, or vaccines, approved by early 2021 would break all records.

It’s also good news that there are multiple vaccine candidates. If more than one vaccine is approved, this could multiply supply sources, enhance competition, reduce prices and increase access.

The news is being broadcast and celebrated 24-7 around the world. But so far, other than those volunteers who are now protected from the virus, the only people who have benefited are pharmaceutical shareholders and corporation executives, such as Pfizer’s CEO, who sold $5.6million worth of shares on the day of the company’s announcement.

Before we get too excited about the potential, we need to make sure the science stacks up under scrutiny. So far, none of the candidates have been approved by a stringent regulatory agency, and already, shortly after unveiling the preliminary results, AstraZeneca acknowledged a key mistake in the vaccine dose given to some study participants. This has lead to questions about whether the vaccine’s apparent efficacy will hold up under additional testing and in a range of populations. Scientists and industry experts said the error and a series of other irregularities and omissions in the way AstraZeneca initially disclosed the data have eroded their confidence in the reliability of the results.

This example shows the importance of having the full story, peer-reviewed data instead of science-by-press release. You wouldn’t fly on a new plane solely on the recommendation of the company boss, its engineers and a press release stating it is sky-worthy. While some companies may be more certain of their claims, they still need to be independently and rigorously checked and verified.

Read more in our statement here.

Everyone who is part of the Make Medicines Affordable campaign hopes that safe and effective vaccines are reviewed and approved, and we applaud the brilliant work of the scientists. The next barrier to overcome is boardroom behaviour, which prioritises profit over access, putting equitable access in jeopardy.

Loopholes, spin & ‘get out’ clauses

HIV activists have been holding pharmaceutical companies to account for decades, and this has continued during the pandemic. For example, when Gilead Sciences applied for orphan drug status to maximize their profits on remdesivir back in March, pressure from activists and public outrage made the company quickly rescind its decision. The ‘orphan’ status is usually reserved for drugs that treat rare diseases and was only a possibility for Gilead at that time because COVID-19 cases were low. Gilead – and the rest of us – could easily predict that cases would rise; that the drug was likely to be in demand for COVID-19; and that the orphan status would grant it seven years of market exclusivity – preventing generic challengers. (Remdesivir was in demand for a period before being proven ineffective, but not before it increased Gilead’s revenue by 17%.)

The point is, even during a pandemic, a company with billions of dollars in revenue each year still sought to maximise profits by finding a loophole – and it was activists and the general public who stopped Gilead’s additional profiteering in its tracks.

HIV activists have been holding big pharma to account for almost 40 years and not just in relation to HIV, but TB, Hepatitis C, cancers, other life-threatening illnesses – and now COVID-19.
Image © Mario Suriani/Associated Press via the New York Historical Society.

Typically, pharma corporations set prices according to what they think each country can or will pay, rather than basing it on the true costs of development and production.

This time, knowing that all eyes are on them, and a global response is expected, the press releases are full of media-friendly, headline-grabbing quotes. There’s an emphasis on “obligations” and “affordability” across the board. The Oxford University/AstraZeneca version is “not-for-profit during the pandemic”. Moderna’s patent won’t be enforced, also “for the duration of the pandemic”. Russia’s vaccine candidate is “cheaper than all the rivals”.

The spin isn’t even that clever. Claiming affordability doesn’t make it true. Prices in low-, middle- and high-income countries must be published. Prices that have been quoted so far are unconfirmed, and come from various sources, such as interviews, or reports of price negotiations. Our right to health is not negotiable. Pharma corporations must present transparent and accurate pricing breakdowns that include the billions of dollars of taxpayer money that went into the development of their products.

You wouldn’t agree to go on a long-haul flight if the first 500 miles were free, but the next 3,000 miles were hiked up to astronomical prices.

“For the duration of the pandemic” means the vaccine might not be ‘on sale’ for very long, instead the potential for huge profits could be up for grabs while there is still a long journey ahead. July 2021 is when AstraZeneca has reportedly stated the pandemic will be classified as over. This won’t even be enough time for the corporations to produce initial doses for everyone, plus yearly vaccines may be required. It’s fair to assume that companies are hoping that by July they won’t be under the same public scrutiny that they are now.

Even between now and July, some of the promises ring hollow. For example, Moderna’scommitment not to enforce patents means that, in theory, generic competitors can make use of the technology without infringing intellectual property rights or being sued. In reality, a short window of just six or seven months is not long enough for it be worthwhile for any other company to even go through the set-up process.

In light of COVID-19 and the pressure from around the world, the optimists among us might like to think that companies could, this time, do the right thing, and set fair, affordable prices with a transparent rationale. They may agree not to profit on any COVID-19 treatments, vaccines, diagnostics, and products used to deliver supportive care, as activists are campaigning for. And perhaps they will ensure access is equitable and doesn’t just go to the highest bidder.

However, the track record of the pharma industry, along with the recent push-back against waiving patents means that countries must act now, they cannot to wait and see what the repercussions from decisions made by pharmaceutical corporations might be.

Governments have a duty and a right within international agreements, to protect public health.
Partners of the Make Medicines Affordable campaign have been effectively using these strategies to challenge the status quo and increase access to medicines around the world.

Option available to all countries include:

The history of access to HIV treatment has taught us crucial lessons. Pharmaceutical companies have allowed people to die when countries haven’t been able to pay the drug prices demanded, or put up barriers to other essential drugs when governments have used their legitimate right to ensure access.

So, corporations are likely to continue to trade with our lives, even during a pandemic. Our shared history means we also know how to challenge these threats to our right to health. At global and national levels, treatment activists will continue to work to ensure that life-saving science is for everyone.