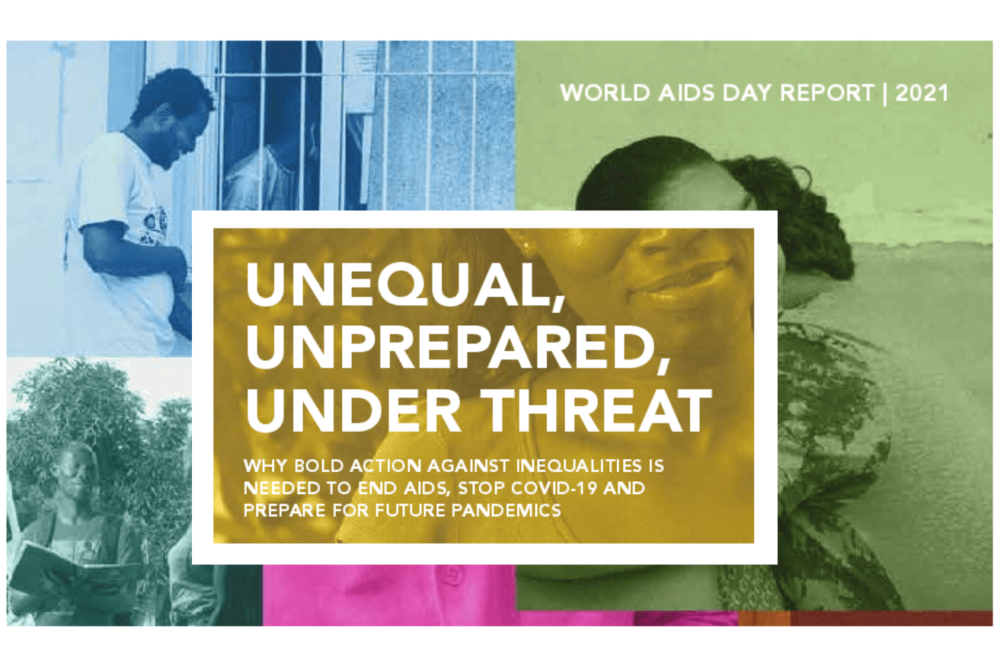 UNAIDS has issued an urgent call to action. If leaders fail to tackle inequalities, the world could face millions of AIDS-related deaths over the next 10 years.

The stark warning comes in a new UNAIDS report, which projects that if the transformative measures needed to end AIDS are not taken, the world will also stay trapped in the COVID-19 crisis and remain dangerously unprepared for the pandemics to come.

Titled Unequal, Unprepared and Under Threat: Why Bold Action Against Inequalities Is Needed to End AIDS, Stop COVID-19 and Prepare for Future Pandemics, the report needs to be seen as an admission of failure—finally!—by a system that has ultimately failed communities in the 40 years since the first cases of AIDS were reported.

“We cannot be forced to choose between ending the AIDS pandemic today and preparing for the pandemics of tomorrow. The only successful approach will achieve both. As of now, we are not on track to achieve either,” said UNAIDS Executive Director Winnie Byanyima.

The call is backed by leaders in global health and pandemic response from across the world. Community-led action is among five critical elements of the plan agreed by Member States at the United Nations General Assembly High-Level Meeting on AIDS.

“Community-driven monitoring was crucial for shoring up HIV and other health services during the early phases of the COVID-19 pandemic. The community-led Five Cities Project, for example, tracked the pandemic’s impact on HIV services in major cities in China, Guatemala, India, Nepal and Sierra Leone. Managed by the International Treatment Preparedness Coalition and other partners, the project identified and publicized tactics to preserve those services (e.g., home deliveries of antiretrovirals and other medicines, use of social media and other digital tools, and multimonth dispensing of essential medicines). As health systems buckled under the impact of the COVID-19 pandemic, similar initiatives kept HIV services running in dozens of countries around the world,” the UNAIDS report states.

The report references ITPC’s  They Keep Us On Our Toes (2020), which documents how the Regional Community Treatment Observatory in West Africa improved HIV service delivery, strengthened systems for health, and institutionalized community-led monitoring.

While business as usual would kill millions and leave the world trapped with colliding pandemics going on for decades, leaders can act boldly and collectively. Funding community-led monitoring initiatives is one practical example of how that can happen.

“Ending inequalities to end AIDS is a political choice that requires bold policy reforms and requires money. We have reached a fork in the road. The choice for leaders to make is between bold action and half-measures,” Byanyima said.