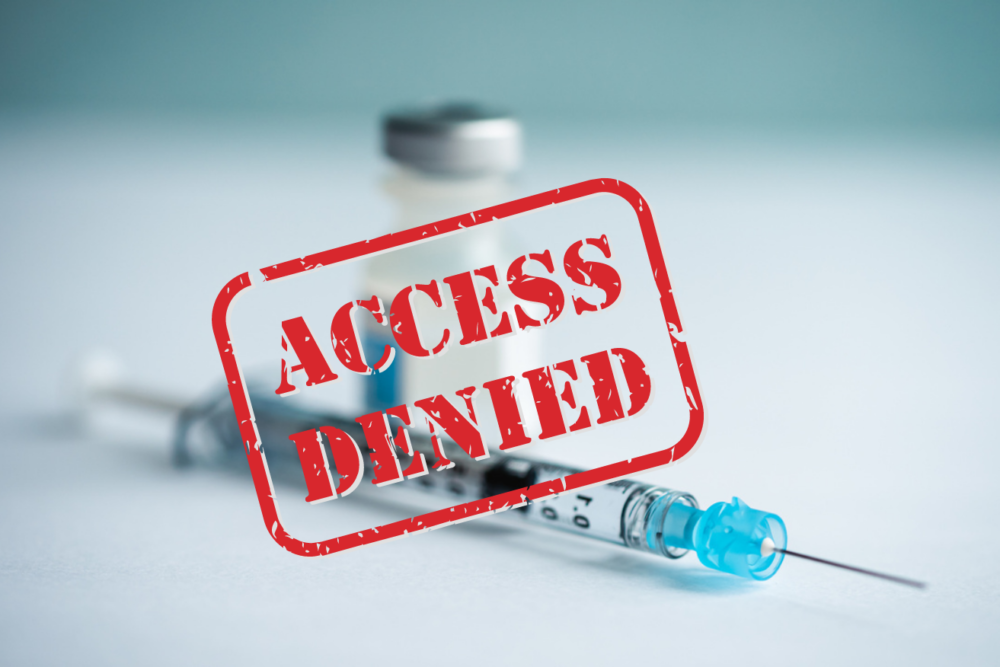 The world is preparing for long-acting HIV pre-exposure prophylaxis (PrEP) – but access is far from equitable – upper-middle income countries (UMIC) are being left behind. 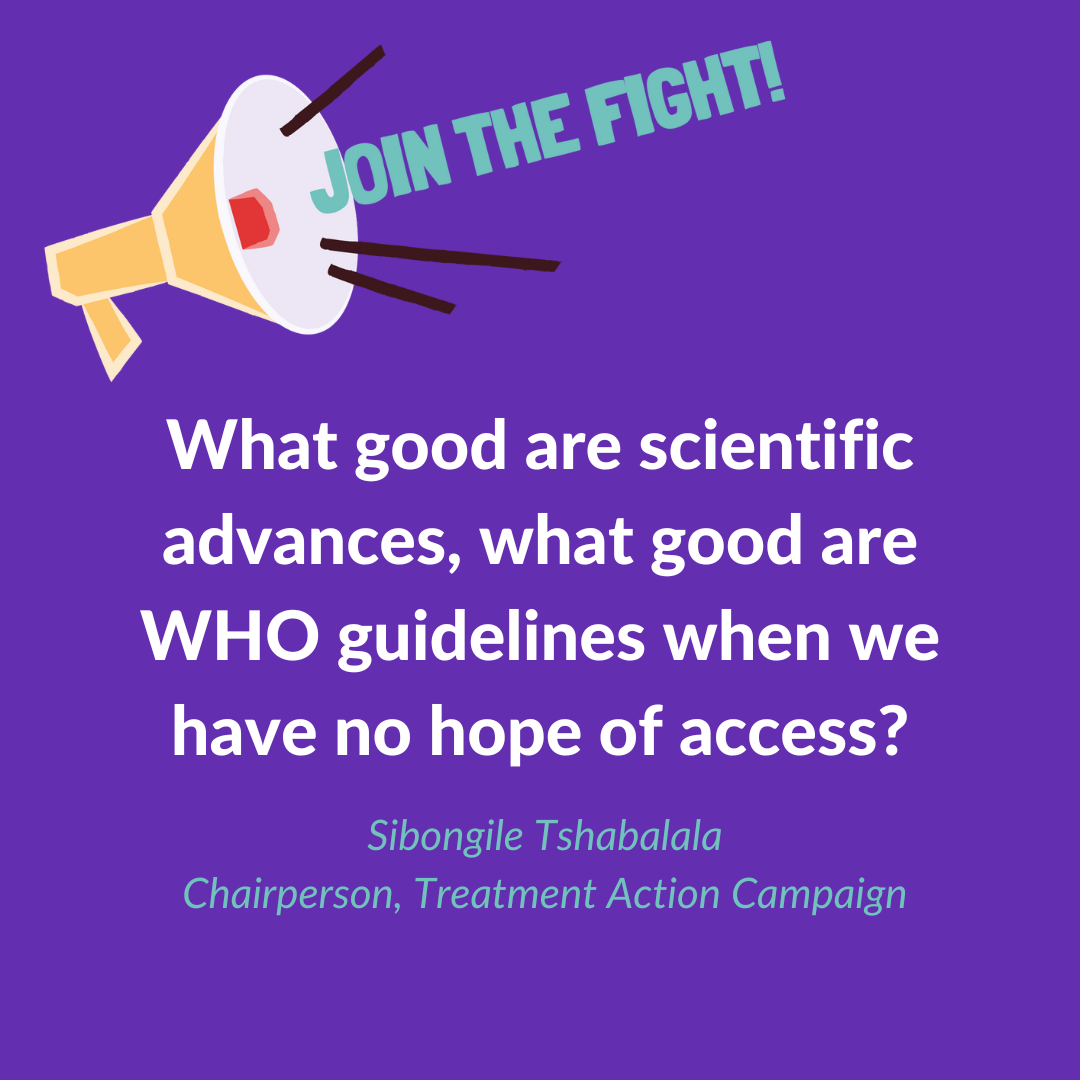 On the eve of AIDS 2022, WHO released guidelines for cabotegravir long-acting (CAB-LA) HIV pre-exposure prophylaxis (PrEP), and the Medicines Patent Pool (MPP) and ViiV – after mounting pressure from civil society –  announced a voluntary licensing (VL) agreement for CAB-LA.  In addition, a global coalition of  WHO, Unitaid, UNAIDS, and The Global Fund, with AVAC as secretariat – was launched to accelerate access to long-acting PrEP.

During the conference, results were presented from the open-label extension of HPTN 083, a trial comparing ViiV’s cabotegravir long-acting (CAB-LA) HIV preexposure prophylaxis (PrEP) to oral PrEP in cisgender women and among 570 transgender women.  Overall, in HPTN 083, CAB-LA lowered risk of HIV by 89% versus oral PrEP (although oral PrEP is highly effective when taken as directed).

But upper-middle income countries are not included in the ViiV/MPP voluntary licensing agreement, which prevents them from accessing affordable generic versions of CAB-LA.   instead, these countries must pay the price that ViiV sets.  In the United States, ViiV  has priced CAB-LA at $22,000 per person, per year – although the Clinton Health Access Initiative (CHAI) estimates that it can be produced for less than $20 per person, per year. 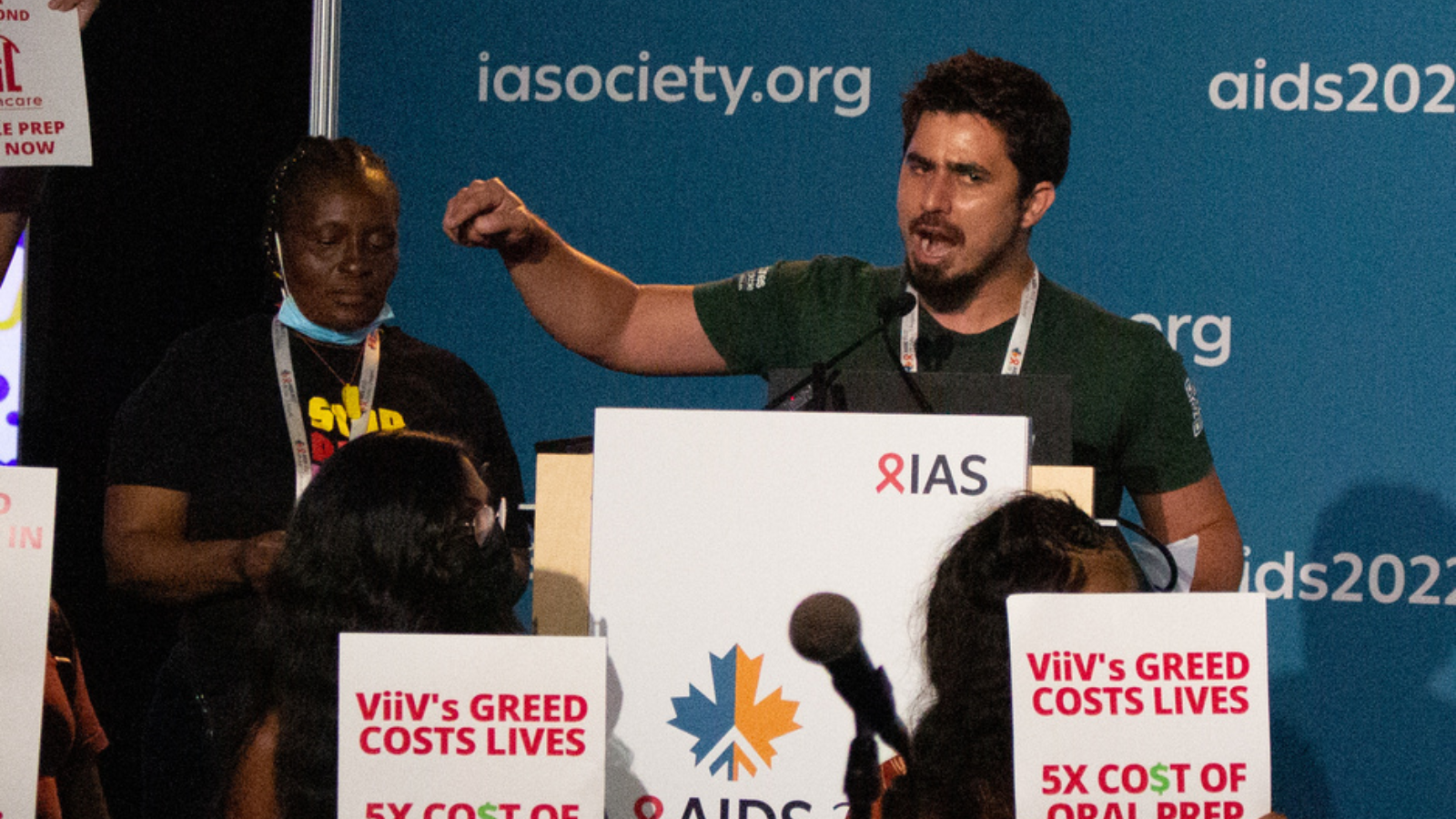 During an AIDS 2022 satellite session co-sponsored by the MPP and IAS,  Accessing long-acting HIV prevention and treatment innovations: Landscape, service delivery, and pathways to affordability, protesters demanded that ViiV make CAB-LA available, globally, at $50 per person, per year.

“HIV has no borders, but your VL excludes people in need of these technologies who live in upper-middle income countries, like my country- Brazil, where communities including gay men and transwomen gave selflessly as clinical trial participants to generate data that you have used to secure FDA approval….but my country is blocked from benefiting from your license.”

ITPC’s Make Medicines Affordable works to bring down prices for HIV, TB, hepatitis C virus, and COVID-19 medicines, specifically in middle-income countries, since they are home to the majority of people living with HIV. The income classification of these countries means they are routinely left out of access programs,  although they are unable to pay the prices that pharmaceutical corporations demand.

It is astonishing that ViiV and the MPP came up with such a license in the COVID-19 era – as if the pandemic and the inequalities it has worsened never happened. We stand firm as civil society: ViiV’s patents and exclusions will not impede access to such a game-changing medicine. We already filed a patent opposition in Brazil in 2021, and we are preparing others. We are also in discussions with countries that are excluded from the VL to issue compulsory licenses to ensure those in need will be able to access CAB LA.