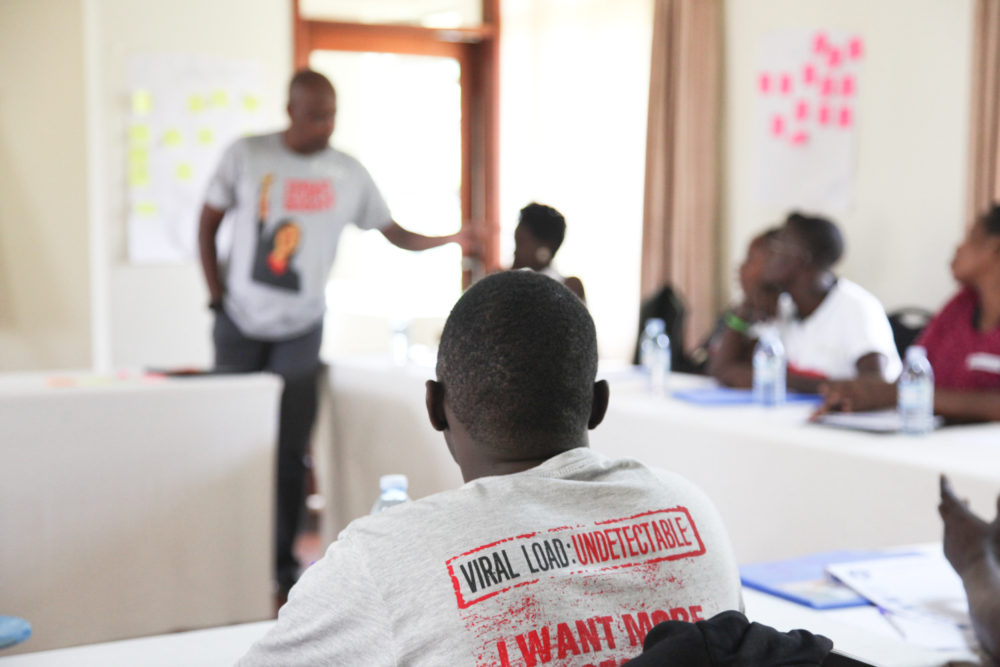 On 12 November 2017, a new model for demand creation was published in the latest supplement of the Journal of the International AIDS Society (JIAS). 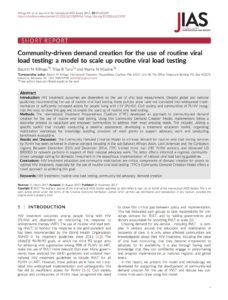 “In a world where there is little to no scientific focus on community-led models, ITPC is extremely proud to be contributing to this body of knowledge. The harsh truth is that community-based models still struggle to be recognized and seen as credible by the scientific community. We applaud the JIAS for giving communities a platform to showcase how and why they are best placed to develop, evaluate, and monitor solutions that work best for them.” – Solange Baptiste, ITPC Executive Director
The special Supplement of JIAS, developed by ICAP at Columbia University and supported by the US Health Resources and Services Administration (HRSA). The overarching goal of the supplement was to provide a state-of-the-art review of the challenges and opportunities presented by the scale-up of routine viral load services in low-resource settings.
For many, this topic remains timely, and of high interest.
“Your contribution will be very important towards achieving our overarching goal of organizing and disseminating much-needed information on routine viral load testing.” – Miriam Rabkin, ICAP
ITPC looks forward to continuing to make contributions to this body of work.