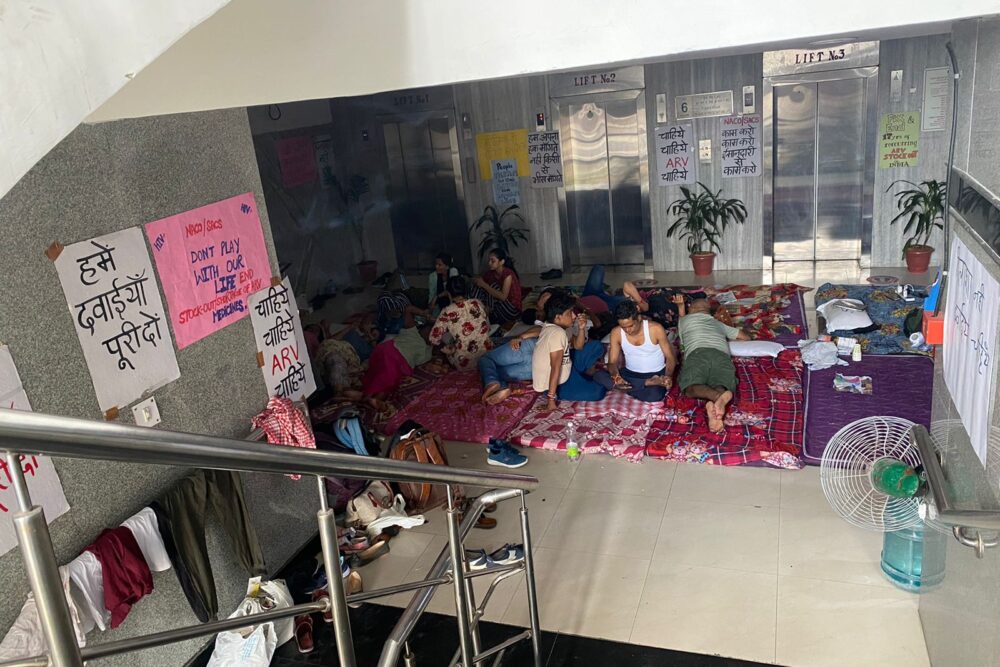 In India, a critical shortage of essential drugs, including Dolutegravir, has led to ART centres dispensing for only a couple of weeks, rather than for a whole month. The shortage is already hurting our communities of people living with HIV.

DTG is recommended as “the preferred drug for all lines of treatment of HIV infection” by the country’s National Aids Control Organisation (NACO).

We are suffering. All the resources are there—money is there, medicines are there, and the NACO people are here. Yet, we’re still having a stock-out. So, someone is not doing their work.

NACO carries out a centralised purchase to minimise costs and then distributes the drugs to different states. The current disruption arose because the tender was issued late, and that the process was delayed further because the “shortlisted bidder was found to be blacklisted”. The health ministry said that “fresh supply orders for the next lot of several drugs” have been given, and that it expected to receive supplies before the current stock ran out.

While there is no general shortage of medicines in the country, many regions have been facing shortages for at least five months now.

In Delhi right now people are getting 10 days’ supply. That means in a month, they had to come three times to take antiretroviral drugs.

Daily-paid patients often cannot afford to lose a work-day dealing with a bureaucratic process that makes it mandatory for people with HIV to physically visit the special centres to get the medicines.

One Delhi resident said, “It’s very hard to go again every 10 days to the centres. Our livelihood is disturbed and our time is also money.”

The stakes are high. HIV medication is lifelong treatment requiring strict adherence. Experts say a treatment interruption can cause a person’s viral load to rise, heighten risks of HIV transmission and drug resistance, and make them more vulnerable to secondary infections such as tuberculosis.

For activists like me, the drug shortage is a bitter pill. India is the largest manufacturer of generic medicines in the world and supplies over 80% of the antiretroviral drugs used to fight against AIDS worldwide.

Why are HIV patients protesting in Delhi – News Laundry