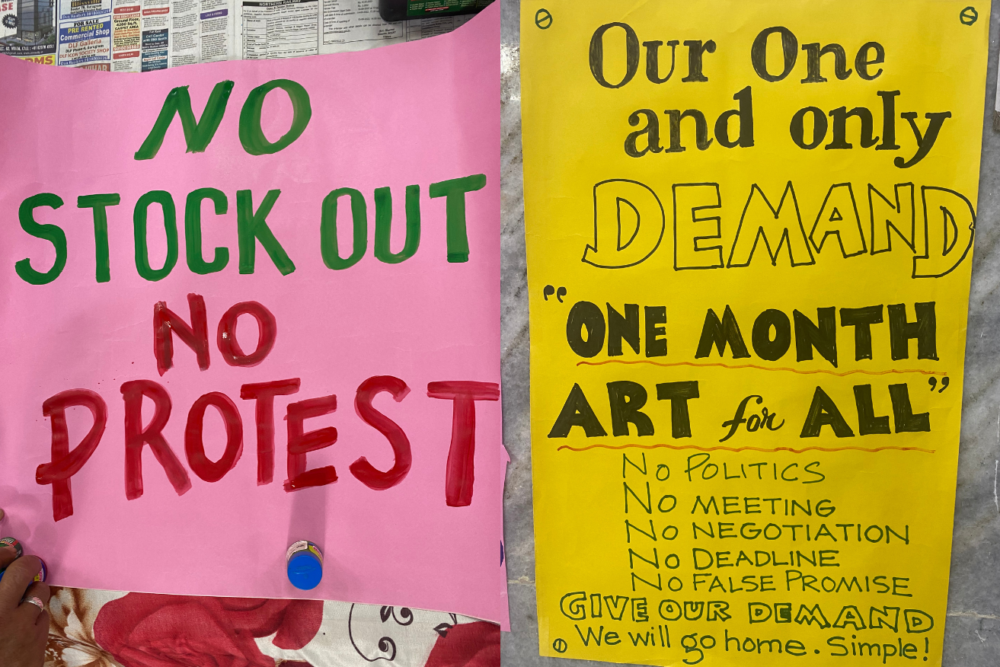 Inside the 42-day non-stop sit-in protest over HIV drugs in India.

In 2002, the government of India started its Anti-Retroviral Therapy (ART) programme. Today, more than 1.4 million people living with HIV are receiving free ART across the country. However, recurring ART stock-out has been a chronic issue faced by the programme.

Delhi Network of Positive People (DNP+) has been keeping track of ARV shortage and stockout since the start of the National Aids Control programme (NACO) in 2004. In February 2022, there was an acute shortage of certain antiretroviral (ARV) drugs in ART centres across India. Among them were paediatric formulations of LPV/r and dolutegravir, the backbone of HIV treatment. Several correspondences and official requests were made by DNP+ and other organisations to SACS, NACO and government officials to resolve the shortage and stockout across India but to no avail. 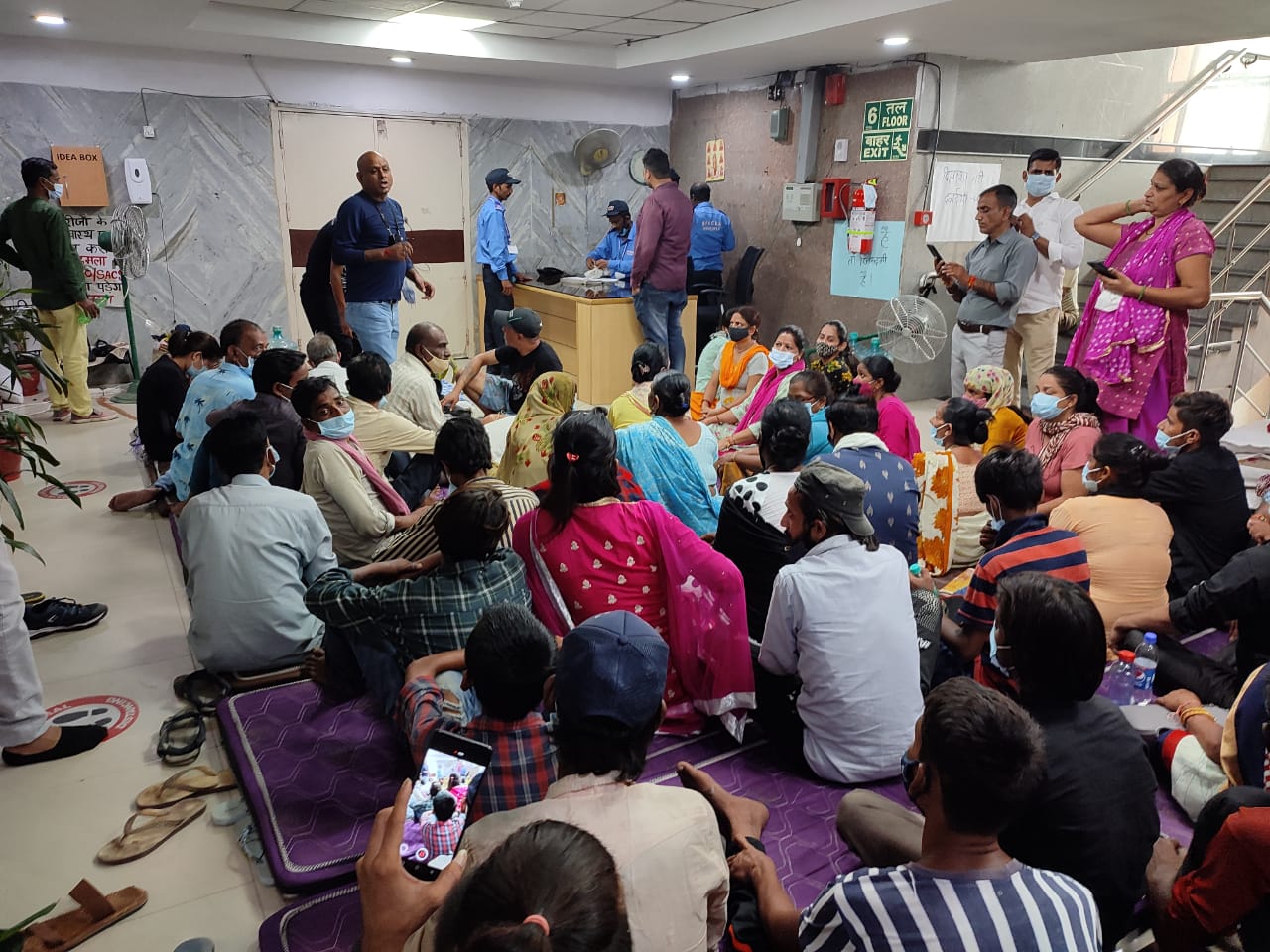 In response, in March 2022, some national level PLHIV leaders decided to conduct a series of advocacy actions. But none of these action plans materialised, and nationwide antiretroviral stockouts in India continued. Instead of receiving a minimum one-month ART supply, our community members in various states reported that they were issued five days of ART supply.

This means that in one month, they have to visit the ART center five times to collect their life-saving medication. Some reported that they had to return home empty-handed, without a single pill, as the ART centers advised them to purchase medication themselves. This is not feasible for most of the PLHIV, many of whom barely make ends meet.

We learned that the ART stock-out situation was due to two main reasons. First, it became apparent that the government’s own ART Procurement Tender was cancelled twice, an example of bureaucratic negligence. Secondly, NACO had decentralised ARV procurement to the states’ SACS (State AIDS Control Society). This is a design failure, as many SACS do not have the capacity or the resources to do the required procurement. The fall out affects thousands of PLHIV across the country, not just in terms of ART stock-outs, but also quality control.Some state level PLHIV networks have checked the quality of DTG of certain generic company and found out that only 45% content of DTG chemical found! 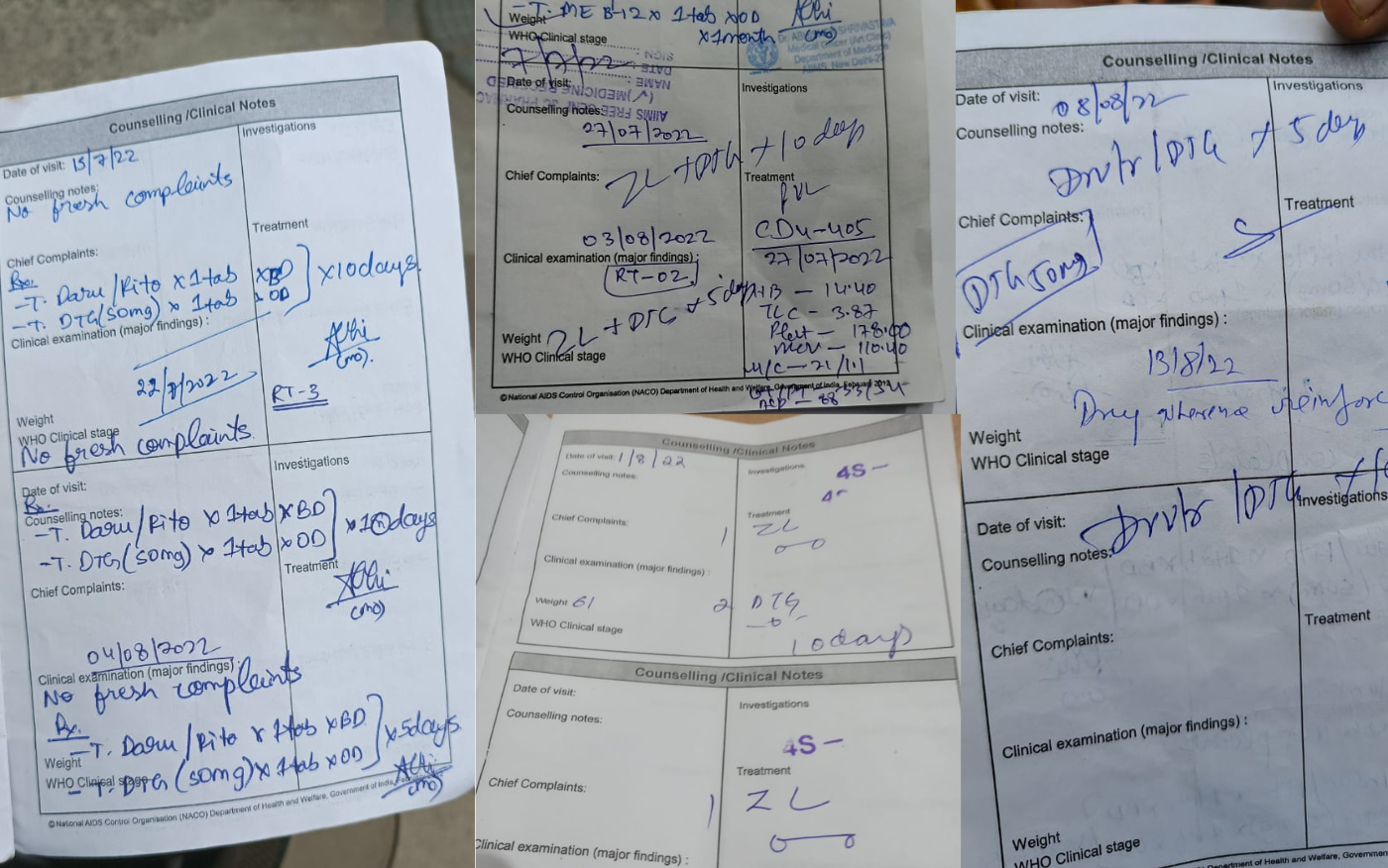 In May 2022, NACO issued a memo to all SACS for shifting to an alternative regimen “due to critical stock situation” and that too without viral load test!!! Meanwhile DNP+ has been informed by community members and PLHIV networks all over India regarding the stock-out/shortage of ARV in several districts including Assam, Uttarakhand, Haryana, Gujarat, Punjab, Chandigarh, Himachal Pradesh, Jharkhand, Rajasthan, Bihar, Uttar Pradesh and Manipur.

Simply put, it seemed that no one cared if we live or die. We were left to defend ourselves, so we had to do what we don’t want to do. We held an indefinite peaceful sit-in protest. And so, on the 21st July, DNP+ leaders decided enough is enough.

About 30 members and staff of DNP+ went to NACO Office at the 6th floor of Chanderlok Building, Janpath, New Delhi and started our Indefinite peaceful SIT-IN PROTEST, demanding Immediate restoration of ART supplies – minimum one month ART supplies for all.

For 42 days, from 21st July to 31st August, we stayed in the corridor of the NACO office. On a daily basis at any given moment, 15 to 25 people were having breakfast, lunch and dinner and sleeping overnight at the protest site. 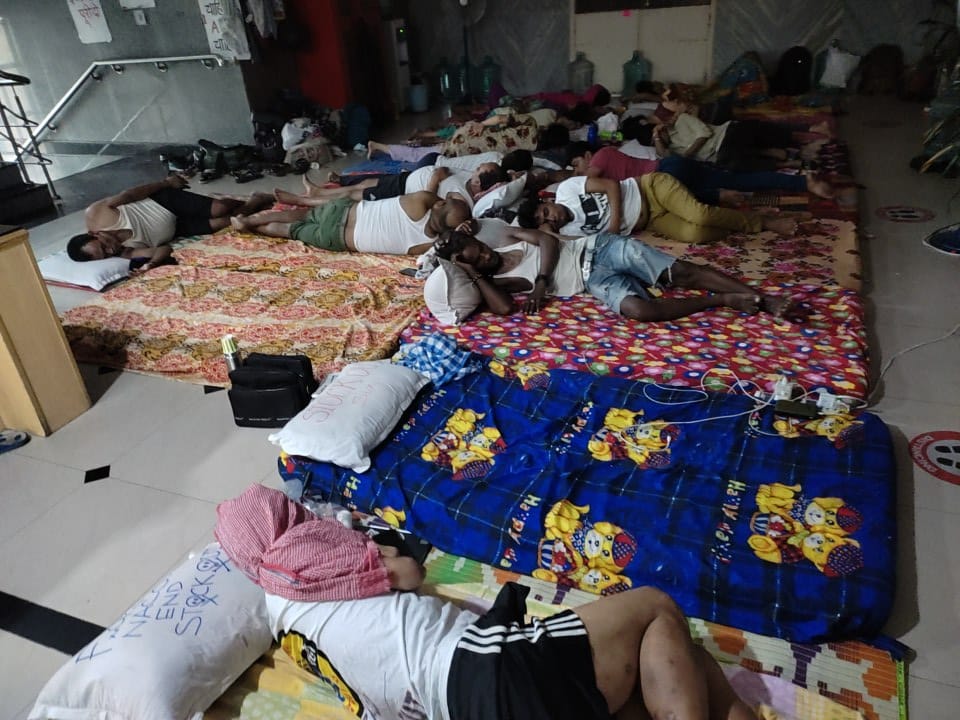 During the protest, a few of our staff & members got sick as we were having roadside Dhaba food for our daily meals. It was very hot and humid, with mosquitoes and bed bugs, not the easiest thing to do. For basic sanitation facilities, we used NACO office toilet and washroom, and drinking water. We also missed a few important festivals and public holidays, not to mention our family and friends. At some point, we felt lonely, crazy, or sometimes we almost even doubt ourselves.

But no-one took leave or holidays during the protest. Every member is committed to achieving our goal, regardless of all odds and challenges. We were ready to live or DIE fighting for the cause of our community.

And while all the DNP+ project site offices were closed during the protest, some of us continued to do our daily work right there at the site of the protest, including our bi-monthly support group meeting, which we consider as our backbone activity. NACO would invite us for official meetings at least 7 times during the lengthy negotiation process.

However, most of the meetings ended in stalemates and broken promises. NACO continued to deny any problem of ART stock-out in India, while DNP+ continued to challenge with real-time evidence collected on the ground from various state on a daily basis. NACO and a few of their allies individually and jointly attacked us, countered us, cornered us and tried every trick and strategy up their sleeves, even threatening us.

However, we continued to stand firm and remain true to our one and only demand: “Every person living with HIV in India must receive at least one month ART supply.”

Only then will DNP+ call off our protest. After the seventh meeting, DNP+ received an invitation from Union Health Minister to meet with him along with NACO’s top officials and NCPI leaders. The health minister was very attentive and supportive of DNP+’s demands.

At the Health Minister’s table, DNP+ raised the issue of ART stock-out in India, ART tender, paediatric medicine, separate helpline number to deal with stock-out, and to develop a real-time IT monitoring system. To each point raised, the Health Minister asked NACO if this can be done. NACO assured the minister all the points raised will be delivered shortly.

Although we faced immense hardship, we were touched by people’s generosity and kindness. We received lots of donations from various NGOs and individuals in cash and in kind. Some people sent food, while some sent drinks and fruits for refreshment. We also received lots of financial support donations from many individuals and organisations across the country. All their kind gestures reenergised our mental strength, and gave us resilient power to face the seemingly insurmountable odds in front of us.

We also received lots of solidarity letters supporting our movement, be it from the various NGOs in the state or national level community networks or international community organisation. These public statements put pressure on the government, and boosted our energy and advocacy efforts. 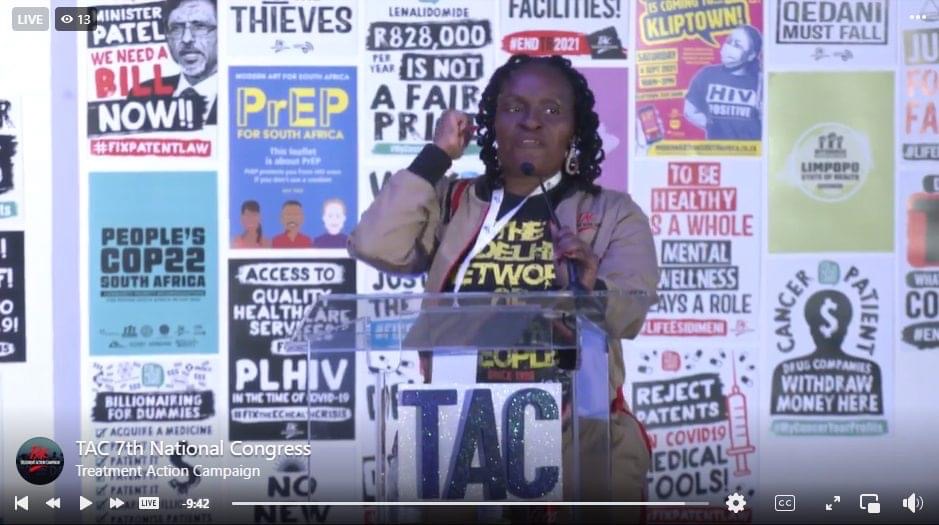 Notably, during the TAC General Assembly DNP+ was honoured virtually with a “We won’t take this lying down” Award. This was on Day 37. Apparently, someone had made a PowerPoint presentation of the protest at TAC.

Almost every day, regional, national and international media crews come to the protest site to cover the protest and interview our members. We went ‘live’ on Facebook every morning and evening giving updates, protesting, and frequently using Twitter too. To keep in touch, you can follow us on social media.